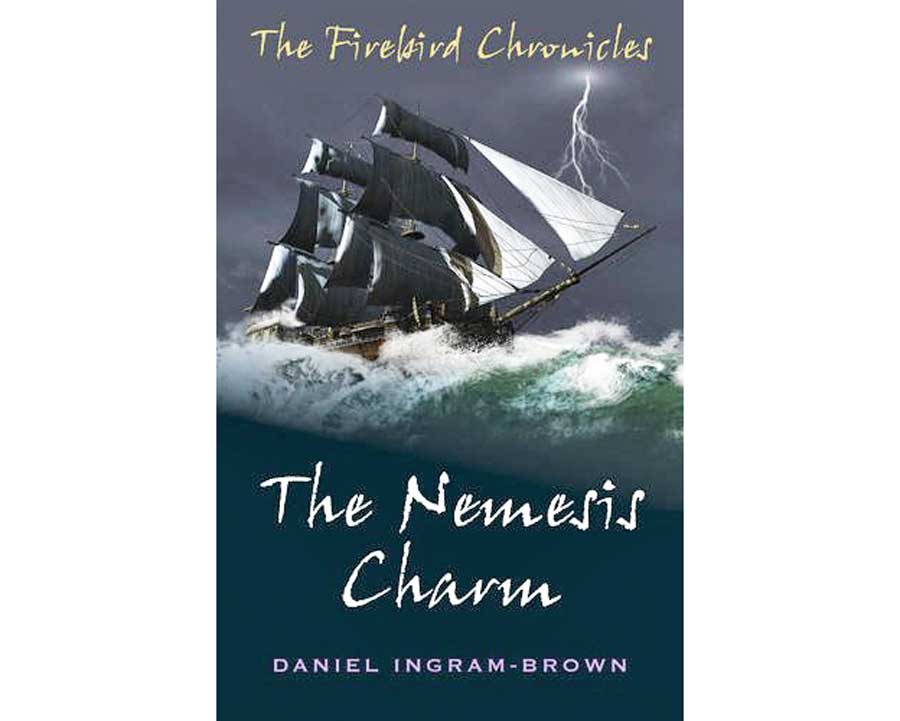 The Nemesis Charm, the second book in Daniel Ingram-Brown’s series for children aged 8-13, was launched at Waterstones in Leeds on Friday May 27th at the start of the Leeds Big Bookend Festival and at the Bradford Lit Fest on the same day. The launch of The Nemesis Charm follows the success of the first book in the series, Rise of the Shadow Stealers. It is apt that the book was launched in Leeds as much of it was written in the city and one of Leeds’ best known landmarks, Kirkstall Abbey features in the book.”When Apprentice Adventurers, Fletcher and Scoop, discover their mother has fallen under the curse of a strange sickness, they prepare to sail for its source, a Threshold, a doorway to the world beyond the Un-Crossable Boundary. But they are not the only ones seeking to cross the Threshold. Their old enemy, Grizelda, has heard that beyond the Boundary lives a woman with the same power as the Storyteller. With the help of a monster made with an undead heart, she plans to cross the Boundary and steal that power for herself. If she succeeds, the Academy, the island and everything in Fletcher and Scoop’s world will be hers”.
The Nemesis Charm is available now from all good book shops and online priced at;
Paperback £7.99
e-book £3.99 To win a copy of the book go to the competitions page