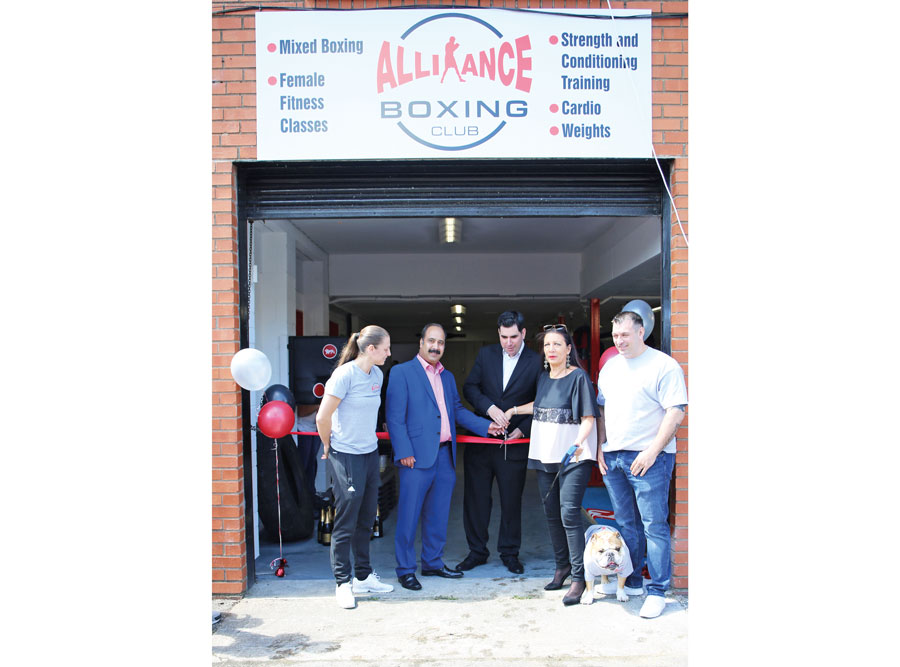 A brand new boxing gym has opened in Crossgates, Leeds. Alliance Boxing Club is owned by Sam Smith and Graham Mattison, and was officially opened by Cllr Javaid Akhtar, Cllr Pauleen Grahame and Richard Burgon MP.
Also in attendance at the opening were Kira Carter Amateur National Junior Boxing Champion and Jason Gledhill, England Amateur Boxing Coach.
Sam is MBC (Maltese Boxing Commission) qualified and got into boxing 9 years ago. The new gym is open to all ages and abilities, both male and female. They can offer 1-1 sessions, female classes, boxing fitness classes and general boxing classes.
Cllr Pauleen Grahame said “Good luck to the new boxing gym opened in Marshall Terrace. Richard Burgon MP and I were both impressed by the friendliness of the owners and trainers. The good atmosphere is really encouraging for people who wish to join.”
Alliance Boxing Gym, The Bunkhouse, Marshall Terrace, Crossgates, Leeds LS15 8EA. Tel: 07969 844309