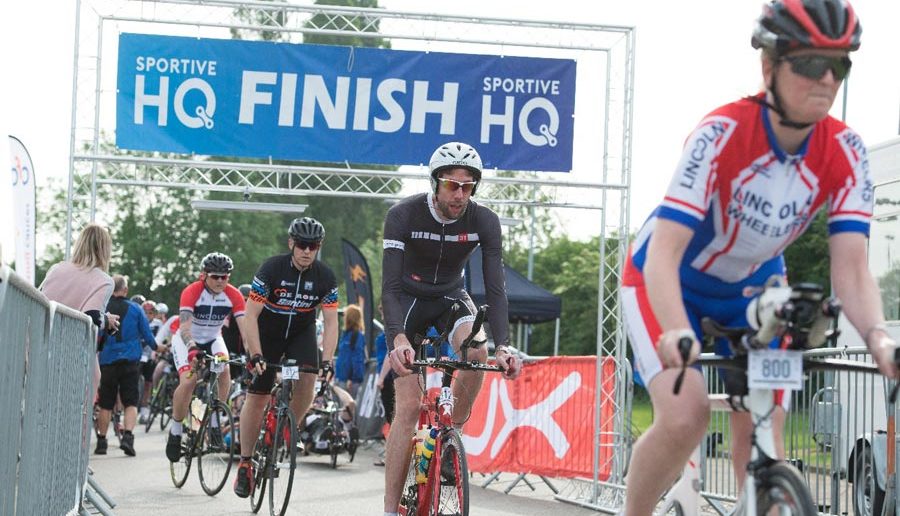 Following a great week for cycling in Yorkshire after hosting the UCI World Championships, the county continues to prove itself as the home of cycling as Leeds’ based cycling company, Sportive HQ, receives national recognition for being the organiser of The Best Road Cycling Event in the UK for “The Flat 100” and scooped highly commended in the Best Organiser category, making them the highest ranking cycling event organiser in the UK, voted for in the Let’s do This Endurance Awards. Sportive HQ dominated the short list of the awards which relied on reviews and public votes which took place during August and September with five road cycling events in the top ten as well as a spot in the UK Event Organiser’s category after garnering an amazing 426 positive reviews for their events online.

The final stage was down to the public vote, which saw them remain top of the leader board throughout the 3-week voting process only to be beaten by running giant The Great Run Company by just 2 votes in the final minutes of voting. The Flat 100 received 39% of the votes in the Best Cycle Event category and in the Overall Event Organiser category Sportive HQ were neck and neck with The Great Run Company, both with 29% of the votes.

The Flat 100 is an iconic event with over 1500 riders, starting in Thorne, Doncaster and taking in places such as Hatfield, Rawcliffe and Goole and as the name suggests, is possibly the flattest sportive in the country.

Sportive HQ were the only Yorkshire-based company in the road cycling category, and one of only three Yorkshire companies in the whole awards. They were up against some stiff competition from national and international companies specialising in everything from trail runs to triathlons including the likes of The Great Run Company, Let’s Go Velo, Maverick Race, Race Solutions and Limelight Sports alongside other household name finalists such as London Marathon Events and Virgin Sport.

The prestigious awards, dubbed ‘the Oscars of the endurance industry’ is the biggest celebration of endurance sports in the UK. Sponsored by Runner’s World, the awards have been created by ‘Let’s Do This,’ an online platform designed as the “trip advisor for races” with online listings and reviews for events across the world.

Sportive HQ CEO, Matthew Porter said: “Listening to what our cyclists want and endeavouring to deliver on this at each of our events is the biggest priority for us, we have a passionate and dedicated team and we are so thrilled that our riders have voted for us as the UK’s Best Cycle Event and Highest Ranking Cycle event organiser – we couldn’t have asked for more”

“The Challenge Awards will give us the chance to put Sportive HQ and our rides on a national platform and hopefully encourage more people to get involved and benefit from the sense of challenge and achievement that endurance sports provide, whatever their skill level or experience.”

Founded by Matthew Porter in 2014, Sportive HQ was born out of a love and passion for cycling, coupled with his mum’s 30-year long career as a triathlon timekeeper. Based in Kippax, a village renowned for its love of cycling, proudly winning Tour de Yorkshire’s Best Dressed Village Award for two years running.

Sportive HQ organises several cycle sportive events across the UK such as the now newly crowned “Best Cycle Event in the UK”, The Flat 100, as well as The East Riding 100 and The King Edward 100. Not only do they organise mass participation events, but they are well known for supporting corporate rides, charity rides and overseas tours, having just come back from a guided trip to Mont Ventoux, allowing cyclists to conquer the mountain three times in a day. Over 20,000 riders have taken part in their events over the last five years.

Charity has remained a focus for Sportive HQ since its inception and the company have helped raise over £50,000 for charitable causes since 2014. This year, Sportive HQ provided event support for the Jo Cox Way which took place in July and raised over £10,000 for the Jo Cox Foundation and they also regularly deliver community-based projects designed to help adults gain confidence in cycling.

Peter Dodd, Commercial Director for Welcome to Yorkshire said “Cycling in Yorkshire is going from strength to strength and it’s brilliant to see that the passion is higher than ever for cycling events. To see a Yorkshire company scooping a national award for the cycling community is fantastic, especially during such an important week for cycling in Yorkshire with the hosting of the UCI World Championships. It’s just brilliant to see so many people getting on their bikes, more than we could have ever wished for before hosting the Grand Depart in 2014”