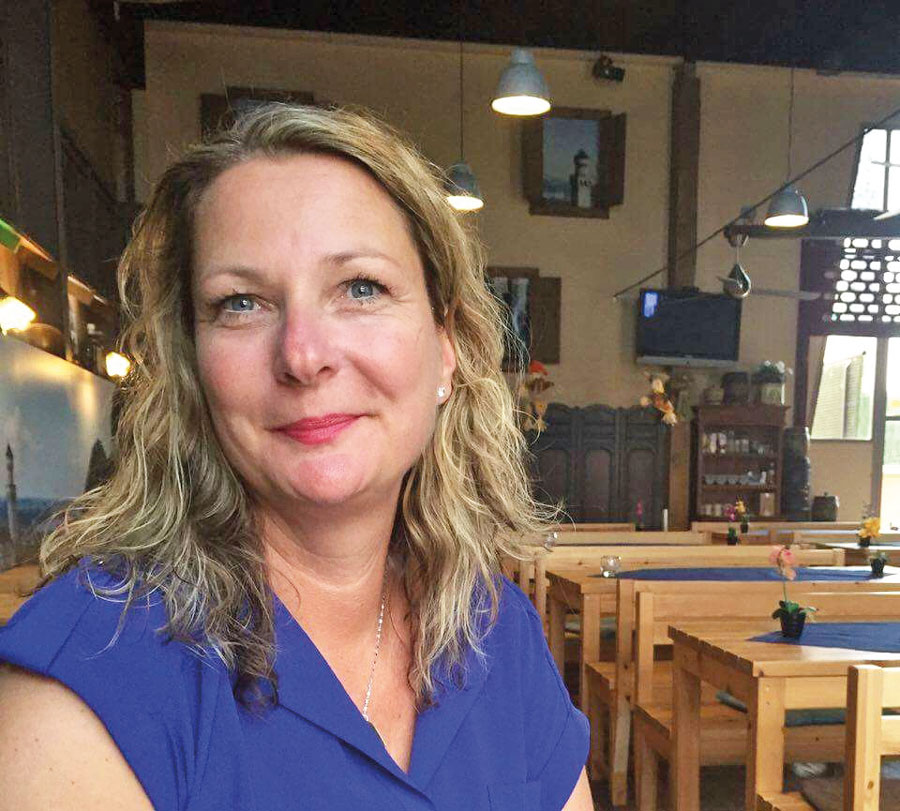 A Yorkshire woman who spent years in agony because of a mysterious pain that kept doctors baffled is enjoying a new lease of life thanks to Nuffield Health Leeds Hospital.
Medical experts were unable to diagnose Jenny Harker despite repeatedly examining her following complaints of a shooting pain in her right groin.
The 49-year-old working mum, from Mirfield in West Yorkshire, said: “I first felt the pain four years ago and it became so distressing and uncomfortable that I was really struggling to sleep at night and focus at work during the day.
“Alongside the disruption to my quality of life, one of the most upsetting aspects of the pain was the fact that wherever I turned for help I was not getting any answers.”
Jenny, who is married with two daughters aged 17 and 18, underwent several rounds of tests at NHS hospitals after being referred through her GP but her pain continued to perplex the experts.
In desperation, Jenny spoke to her employer and discovered she could be treated privately though the company’s medical insurance scheme despite her condition being undiagnosed. Jenny was subsequently referred to Nuffield Health Leeds Hospital, Yorkshire’s largest private hospital.
Mr. Gnanamurthy Sivakumar, Consultant Neurosurgeon at Nuffield Health Leeds Hospital, treated Jenny through a pioneering technique, known as dorsal route ganglion stimulation.
Mr Sivakumar said: “Jenny came to Nuffield Health Leeds Hospital in considerable amount of pain. Despite Jenny’s condition being undiagnosed we were able to ascertain that a single nerve was the route cause of her discomfort. We were then able to manage the pain successfully by firstly carrying out a test and then subsequent minimally invasive operation.”
Jenny’s treatment has involved the insertion of a battery-powered device supplied by medical device company St Jude Medical which stimulates the affected nerve, thus helping to reduce the pain.
Mr Sivakumar explains: “Dorsal route ganglion stimulation is an effective way to manage nerve-related pain. Although it will not fully eradicate the pain, patients such as Jenny can increase and decrease the supply of power being sent to the nerve via a wireless controller when required.”
With a battery life of several years, Jenny is confident that her days of excruciating pain are now well behind her.
Jenny said: “My way of life has already improved beyond belief since the device has been inserted. For example, I enjoy walking with friends, a pastime that has been all but impossible for the past few years.
“With more regular exercise and better sleep I am feeling fitter, fresher and more positive. Thanks to Nuffield Health Leeds Hospital and Mr Sivakumar for making this possible. The care I received from the hospital has been fantastic.”