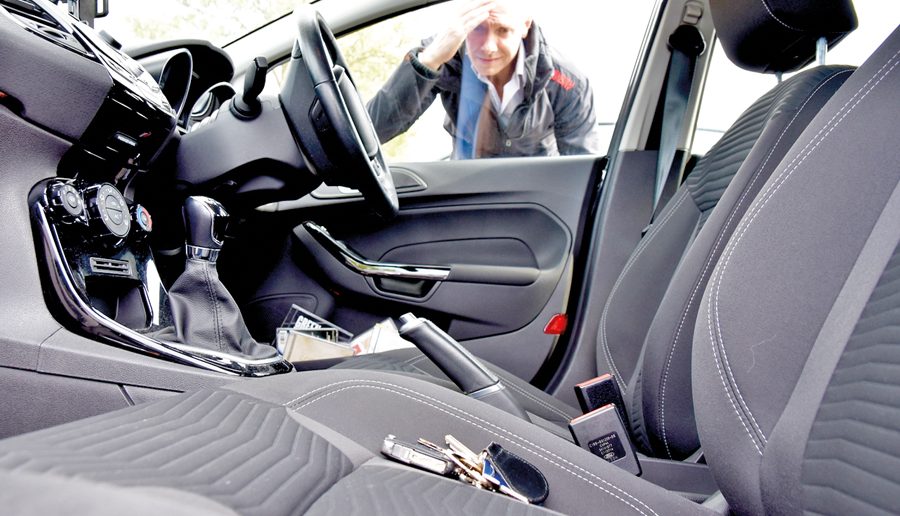 When it comes to car keys it appears that we are a forgetful and careless bunch. New research suggests that while millions of drivers waste hours every year searching for missing keys, those unfortunate enough to lose them for good have spent an eye-watering £181m replacing them.

An RAC survey found that one in 20 (5%), or almost two million drivers, admit they have lost their car keys for good and 6% of these say they have actually managed to do this twice. When questioned where they thought they had lost them one in five (18%) thought it was somewhere outdoors, 9% lost them in the house, 5% lost them at work and the same number said it happened when shopping. Another 4% said they vanished when they were out socialising, 14% said they were stolen, but a quarter (23%) simply didn’t have a clue what happened to them.

The RAC Opinion Panel survey of 2,068 motorists also revealed that four in 10 (43%), the equivalent of 16 million drivers, admit to regularly forgetting where they leave their car keys with absent-minded drivers spending on average two minutes 10 seconds looking for them every day – adding up to almost 14 hours a year.

Apparently women are more prone to mislaying their keys with 45% saying they frequently forget where they last put their keys, compared with 38% of men who confess to doing the same. However, when it comes to locking keys in the car men are exposed as the most careless with 30% admitting to the mistake, compared to 23% of women who have done it.

Overall a quarter (27%), or 10 million drivers, admit to having locked their keys in their car. When asked how this happened three in 10 (29%) said they simply weren’t thinking what they were doing, 7% were distracted by somebody else or looking after a child, 5% said it was because they were in a rush, 21% said they put them down to get something out of the car and 22% said the car locked itself with the keys inside. Interestingly, this happens most commonly at home (21%), closely followed by at work (17%) and at the shops (16%).

To recover the keys and access their car 31% of these drivers called the RAC or another breakdown provider, 32% used their spare key, 20% found another way to open the door and 3% called a locksmith. But for a desperate 3%, or 300,000 drivers, they had to resort to smashing a window.

If the mere act of losing or mislaying your keys is not enough strife for individuals, a third (29%) of all couples said their partner’s forgetfulness or constant turning the house upside down in the hunt for their keys results in frequent quarrels.

RAC spokesman Pete Williams said: “When it comes to car keys the evidence suggests that we are a forgetful and careless bunch. It is therefore no surprise that such a high proportion of us find ourselves scrabbling around in the bottom of our bags, in the cutlery drawer or through countless pockets in a frantic search for our keys.

“And for hundreds of thousands of drivers every year their keys are never seen again and have to be replaced. That’s why the RAC offers a Key Replace insurance option to all of its breakdown customers giving peace of mind for £24 a year. This covers you for accidental damage to or loss of your car keys and the cost of locksmith charges, replacement locks, keys and reprogramming of the electronics and immobiliser up to £1,500. We are currently offering this service free to new breakdown members together with free Onward Travel – worth a minimum of £39.98.”