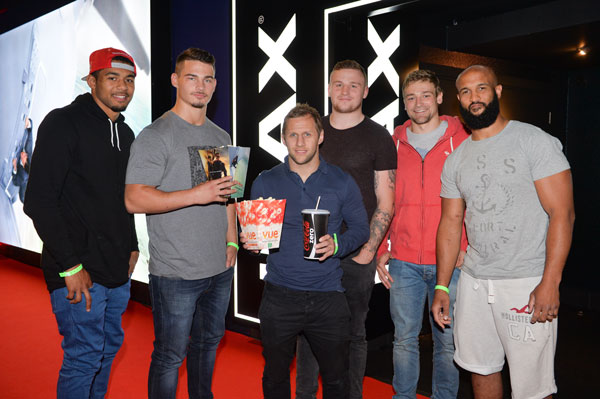 We were lucky enough to be invited to the premiere screening of Mission Impossible: Rogue Nation last week, on the brand new IMAX screen at Vue Leeds Kirkstall Road. This is the first ever IMAX screen for Leeds, and we were certainly excited to find out what was different about it compared to a normal cinema screen. Prior to the film screening, I had a chat with Kevin Styles, UK and Ireland MD, Vue Entertainment, and also Giovanni Dolci, Vice President, Theatre Development EMEA, IMAX Corporation to learn more about IMAX and what the new screen would offer to Vue customers.

Kevin told me “As a business, Vue is constantly evolving, and we want to be the best we can. Leeds Kirkstall Road is an important site for Vue, and so we chose this venue to invest in the IMAX screen. There is definitely a demand for IMAX from our customers and the brand new screen and auditorium offers a chance to escape and become fully immersed in the film. As well as the new screen, we have fitted the auditorium out with the best seating in the world. There are three levels of seating to choose from – standard, VIP and luxury, offering our customers a good choice and fantastic value for money. I am sure that the IMAX screen will prove extremely popular and we are proud to bring the experience to the people of Leeds.”

Having never watched a film on IMAX before, I was initially unsure – surely it is just a bigger screen?

Giovanni soon explained that there is far more involved than a bigger screen “IMAX is not just bigger, higher, wider. The technical capabilities of IMAX are the best in their class by some stretch. We work with film makers and are often part of the film making process – letting them film on IMAX cameras to allow them to see their film as it would be on an IMAX screen. We also carry out a post-production treatment on the films, enhancing both the visuals and the sound. We enhance the resolution, contrast, brightness etc. and the sound quality is precise. Nobody else does this. Our sound system is also the only uncompressed sound in cinemas. We want customers to be immersed in the film, and to feel sound as well as hear it – just as you would if you were there in real life.”

Well, with that information firmly under my belt, I couldn’t wait to experience IMAX for myself. Joining me for this special treat were Yorkshire Reporter historian Gareth, and junior reporter Selina. The VIP seats we were allocated were extremely spacious and comfortable. The huge, curved IMAX screen loomed over us and when the film began we were blown away. Everything seemed more ‘real’. The colours were bright, the picture was crisp and the action scenes transported us into the film itself. The revving of engines, and explosions sounded like they were in the room with us with a full 360 ° range of speakers and the quality of the sound caused the seats to rumble!

We had a fantastic time, and all agreed that IMAX certainly immerses you in the movie. I will definitely be back to watch another film in such amazing quality, and may even opt for a luxury fully reclining seat next time!