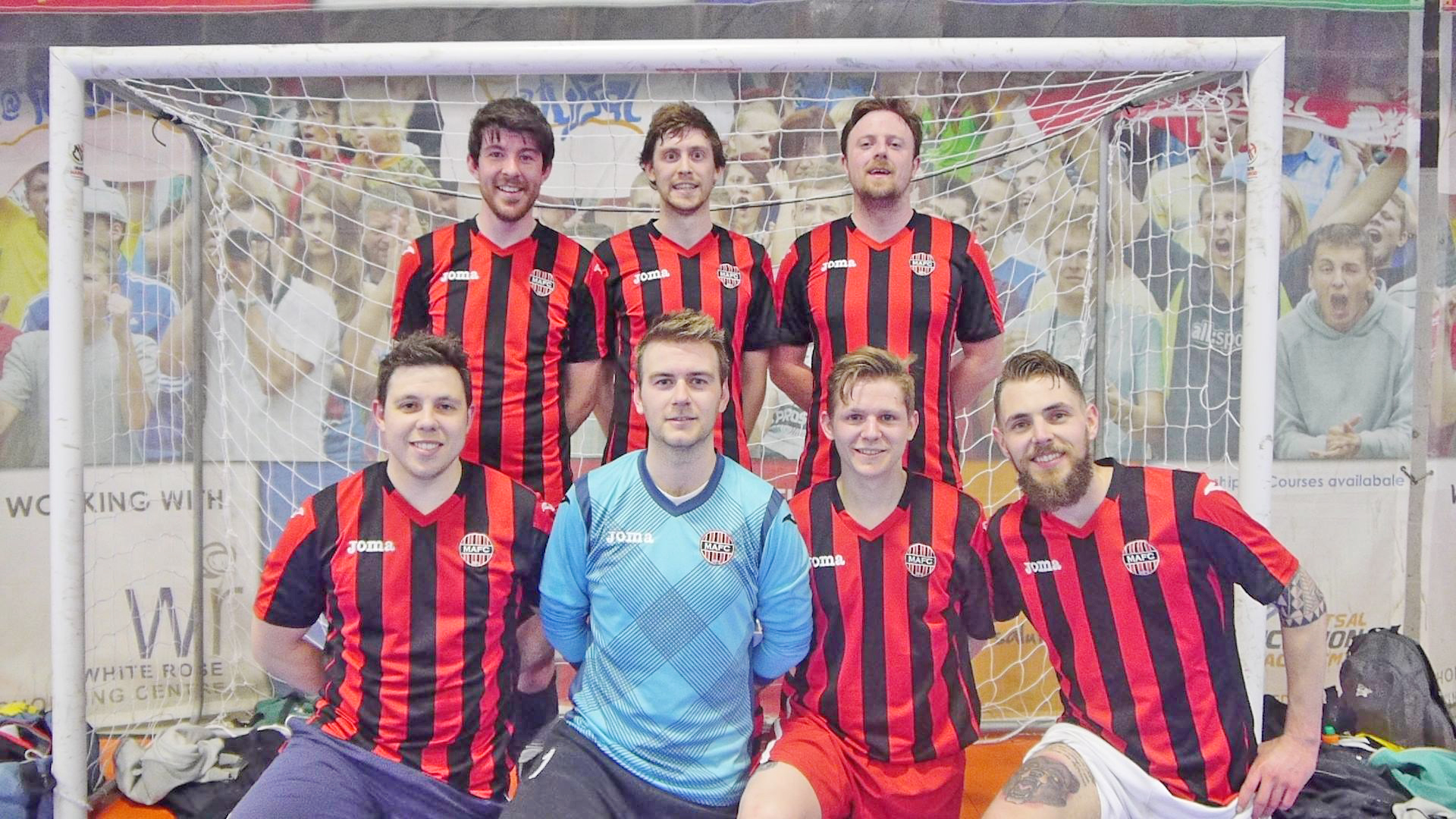 The sport of futsal may not be one that many people are immediately familiar with. In England, the sport has been growing steadily since the national team was established back in 2003. The small sided discipline of football, with a smaller, heavier ball, focuses on players’ technical ability and intelligence in small spaces to produce a fast-flowing, exciting brand of football that has developed the likes of Lionel Messi, Cristiano Ronaldo and Ronaldinho.

Local leagues in England have enjoyed an injection of support from the FA in recent years. Futsal 5s leagues, run by county FAs, have brought a competitive environment to teams looking to establish themselves in the fast moving expansion of English futsal.

In Yorkshire, one of West Riding’s newest clubs Meanwood Athletic, have hit the ground running in the Leeds Futsal 5s. Taking the title in their first full season as a club, Meanwood cemented their place as one of the best clubs in the city by taking their second title in three seasons on April 29th.

A resounding 10-4 victory over their closest rivals Leeds City Futsal Club secured the title with two games to spare. Leeds City won the previous season on goal difference from Meanwood as the two continue to battle for supremacy in the competition.

Having only formed in August 2014, Meanwood have enjoyed a meteoric rise since their inception. Competing in both the futsal 5s competition and the @Futsal MLS Premier league, the team also strung together a hugely impressive 16 consecutive wins on their way to their second title.

The team is managed by former Leeds & Wakefield Futsal Club player David Smeathers, who has a wealth of experience playing futsal at the highest level. Leeds & Wakefield represented North Yorkshire in the FA National Futsal League, the top league competition in England and reached a Wembley showcase event in 2013. Speaking of his club’s rise he said:

“For a club that is so new, it’s a real buzz for me being able to win titles at what is becoming a seriously competitive level. The futsal 5s leagues are providing opportunities for players of all ability levels to experience futsal on a stage that has previously never existed. Players who perform well at this level will be more than capable of playing at the National League level.

“With the way selection for the England team has been going as well, selecting the best players from that league, even a national call up isn’t too far away from players dedicating themselves to this exciting sport.”