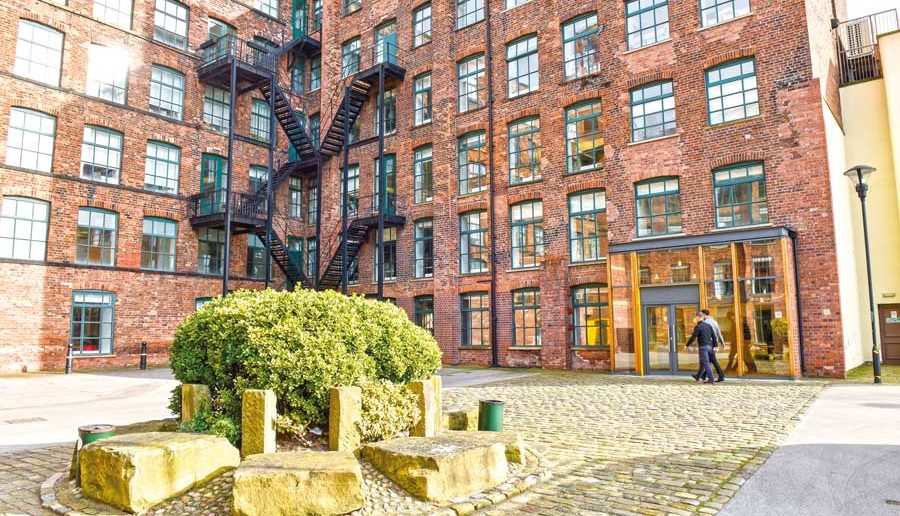 Last month saw Leeds Civic Trust unveil its 169th Blue Plaque to celebrate the site where John Marshall, the Leeds born industrialist, built his pioneering mill in 1790 paving the way for mass produced flax spinning. The grade two listed building is adjacent to Temple Works. The new plaque is the second one celebrating Marshall’s achievements in Leeds the first one having being installed on Temple Works some time ago.

John Marshall was born at number 1 Briggate, Leeds on July 27th 1765 to Jeremiah, a linen draper, and Mary Marshall who had several children with John being the only surviving child. As a young boy, John didn’t enjoy good health and was sent away from Leeds for a few years to try to improve it coming back to Leeds in 1772 to participate in his father’s business. John’s father died in 1787 leaving him a tidy sum of about £9000 which he used to increase his business. He also inherited a house and a warehouse.

In 1790, he built what is known as ‘Marshall’s Mill’ with the help of Matthew Murray the Newcastle born engineer.

The mill was powered by the Hol Beck and a steam engine made by Boulton and Watt. During this time Marshall became the leading industrialist in the region processing mass produced flax spinning. Within a decade he had bought a new house in Headingley in which he would entertain such illustrious names as the poet William Wordsworth and his sister Dorothy and Thomas Carlyle the writer and philosopher.

On the fifth of August 1795, Marshall married Jane Pollard the daughter of William Pollard linen-merchant and wool-stapler in Halifax. They had eleven children, one being William later becoming MP for Beverley, and their second son John was MP for Leeds.

John Marshall became involved in politics for a while in the 1820s, but due to ill health he partly retired to his country home on the shore of Ullswater in the Lake District.

However he did continue his involvement in the flax spinning industry and with the architect Joseph Bonomi, Marshall pursued his most ambitious project with the building of ‘Temple Works’ between 1836 and 1840. This was a one storey mill built in Egyptian style based on the Temple of Horus at Edfu in Egypt. This expanded Marshall’s business even more and was said to have the largest single room in the world at that time. Those employed there toiled for 72 hours a week and 40% were young women between thirteen and twenty years old and about 20% were under thirteen. Despite all this, Marshall was seen to be one of the most liberal of factory owners of the period. Some overseers in factories could administer corporal punishment, but this was certainly not the case with John Marshall who frowned upon this practise.

“John Marshall played a pioneering role in making Leeds a textiles powerhouse. His early innovations built the city’s national and international reputation, and we feel that it is important that he is remembered.”

John Marshall died on June 6th 1845 at his country home, ‘Hallsteads’ on the shore of Ullswater in the Lake District, leaving a huge fortune between £ 1.5-2.5 million pounds. He was buried in the local church, which incidentally he had rebuilt during his life.