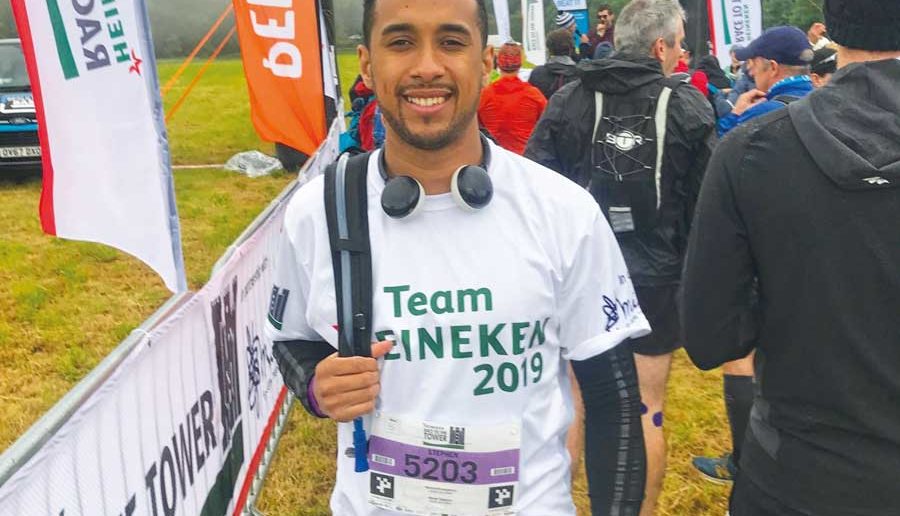 Marathon Man – Twice Over: Leeds Man Conquers The Race To The Tower Double Marathon For The National Deaf Children’s Society

Leeds resident Stephen Soar has completed the gruelling Race to the Tower in support of the National Deaf Children’s Society.

The double marathon of the Race to the Tower took place over a 52.4-mile cross-country course in the Cotswolds over the weekend of 8-9 June, starting near Stroud and finishing at the picturesque Broadway Tower near Broadway in Gloucestershire. The event attracted several hundred runners from all over the UK.

Stephen is splitting the proceeds of his fundraising between the National Deaf Children’s Society, which supports the UK’s 50,000 deaf children, and the mental health charity Mind. He has already raised nearly £900 for his chosen charities and hopes to raise even more.

He was inspired to run for the National Deaf Children’s Society because both his mother and his uncle are profoundly deaf. As a result, sign language and deaf culture played a major role in his life from an early age.

Stephen, 23, has worked at the Heineken brewery in Tadcaster, where he also went to school, since leaving the army in May 2018. He lives in Headingley with his girlfriend Alex.

“I finished with a combined time of 11 hours and 33 mins, which I’m very happy with, and with over 7,000 feet of elevation over the two days it was a very hilly route. The event was very challenging but I’m pleased with my result and really happy to be supporting two amazing causes.”

“I want to say a huge congratulations to Stephen for taking on the awesome Race to the Tower for the National Deaf Children’s Society. It’s an incredible achievement and we’re so grateful for every penny he’s raised.

“Thanks to the selflessness of supporters like Stephen, we’re able to keep supporting deaf children and their families across the UK, now and into the future.”