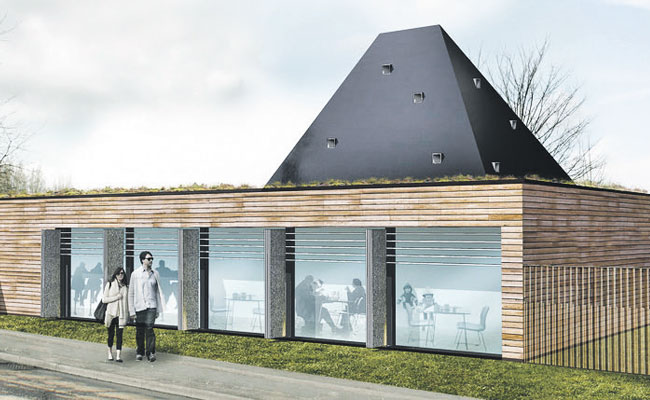 New Wortley Community Association’s dream of creating a multi-purpose new building has been realised thanks to a £55,700 grant from the Big Lottery Fund, a student’s design and the expertise of Leeds Metropolitan University’s freshly-launched Live Project Office.

Founded and managed by Architecture Course Leaders, Simon Warren and Craig Stott, the Live Project Office (LPO) has been formed as an architectural consultancy and sits under the umbrella of the University’s School of Art, Architecture & Design (AAD). It gives Architecture students the chance to work with real clients outside Leeds Met, producing built and strategic design solutions with a particular emphasis on ethical, social and resilient architecture.

New Wortley Community Centre is the LPO’s first client since its launch on January 31, though the School of Architecture and its students have been working with the centre for a number of years. The new building – which will be built based on designs by Leeds Met Architecture student Vahagn Mkrtchyan – is expected to be completed in 2015.

The funding was awarded through the Big Lottery Fund’s Reaching Communities programme, with further funding to build the centre being granted throughout the project subject to successful application.

Simon commented: “The project has developed following Vahagn’s winning design for Leeds Met’s in-house design competition in 2010 which saw many students submit ideas for how the Community Centre could be.
“With the assistance of students undertaking community consultation, the Stage two Big Lottery Fund application was submitted in October 2013. To learn that it has been a success and we can move forward to the detailed design and construction is extremely exciting for the Live Project Office and our students, but most of all for the Centre, its staff, volunteers and the community itself.

“New Wortley Community Centre is a hub of activity and is hugely valued not just by those who run it – but by those who use it. It’s at the heart of New Wortley and in urgent need of additional space. The new multi-purpose building will contain community led commercial functions such as a café, launderette, shop and meeting room that will enable the centre to expand its reach and sustain itself in the future.”