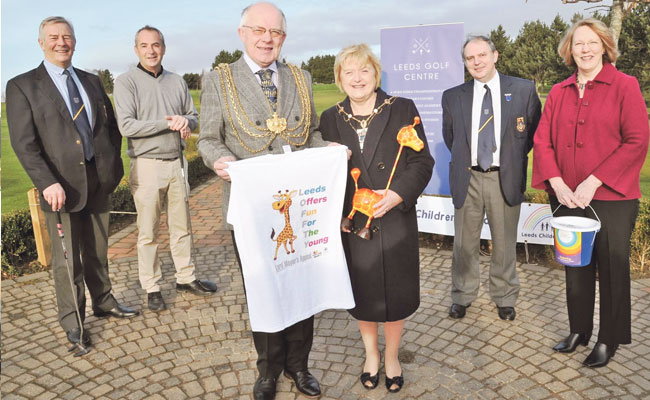 Lord Mayor’s Golf day set to tee off in May

Keen golfers in the city are being offered the opportunity to showcase their skills in the first ever Lord Mayor’s Golf Day tournament.

In support of the Lord Mayor of Leeds, Councillor Thomas Murray’s LOFFTY charity and the Silverdale Holiday Centre, participants will have the chance as part of a four-person team, to battle it out against rival line-ups over 18 holes at the Wike Ridge Championship Golf Course.

Held on May 1 as part of the £350 entry fee per team, players will be treated to lunch, dinner, goodie bag prizes and also be able to test their mettle on the day in a series of challenges, including Beat the Pro, a putting contest and indoor Par 3 simulator competition.

For further details around the event, please contact by email: lordmayorsoffice@leeds.gov.uk or telephone: 0113 2474194.

“I am really looking forward to hosting the first annual Lord Mayor’s Golf Day, which in aid of two very worthwhile charities Silverdale and my own LOFFTY project, promises to be a really unforgettable day.

“Teams of four will have the chance to test their coolness under pressure against rival line-ups over 18 holes at the Wike Ridge golf course, and with lunch, dinner, goody bag prizes and a number of fun challenges also included as part of the entry fee, this promises to be an event not to be missed.”