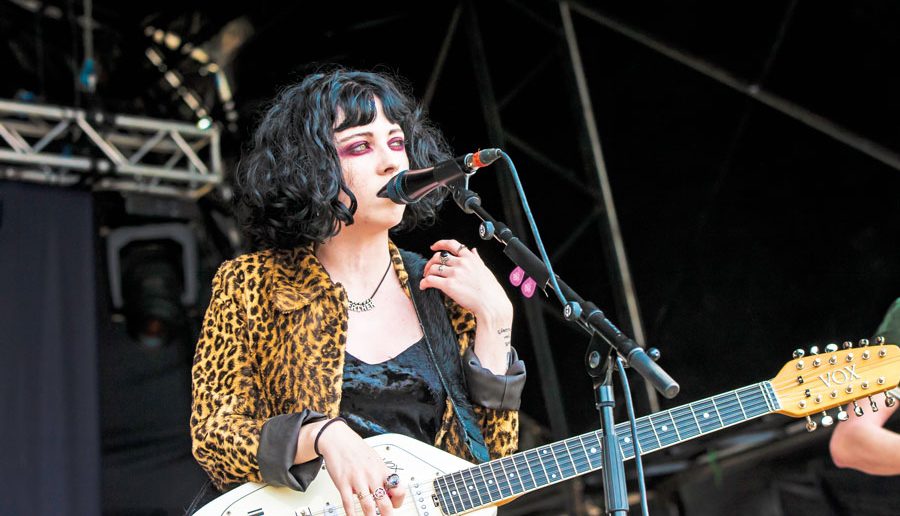 2017 will be looked upon as a truly remarkable year in music, tinged with a touch of sadness. The year produced an album which will be the yardstick, certainly in indie music circles as a record to judge all other records against. Live music, most of the festivals, were by almost universal claim, the best of the decade so far and on the horizon, are some new bands that will be household names by the end of 2018. In the words of Tori Amos, “Pretty Good Year” Wolf Alice brought the album of the year by a country mile. Difficult second album syndrome is something that Wolf Alice clearly have not heard of because Vision Of Life not only surpasses the brilliance of their debut My Love Is Cool but a superlative has yet to be made for this record. Maybe in years to come second albums of quality may be called WolfeAlician. Other records of note included Paramore with After Laughter which made you fall in love with the band again. An epic fourth studio album from Evanescence reworking their hits in tumultuous classical style and the and Crooked Teeth from Papa Roach an album with a bubbling anger that in retrospect will be used as a thermometer for the feeling of American youth in 2017. Finally, a complete unknow from Norway brought along an album of such aching beauty that anything that followed of a similar ilk seemed stilted and dishonest. You may not have heard of Soley, but her LP Endless Summer is life affirming.

An unusually stilted Live at Leeds heralded the festival season as it usually does. Harbingers of doom argued that this was an indication of how bad the season was going to be. By the end though that view had to be redefined. Slamdunk took over Leeds City Centre and shook the foundations of Millennium Square. It celebrated it’s tenth year magnificently, but was not as magnificent as Leeds Festival in 2017.  For the first time in a while crowds were up to the extent that only a few day tickets for Friday’s extravaganza remained and those who were lucky enough to be there in the sunshine – yes sunshine – had a magnificent time.

And of course, 2017 was tinged with sadness: Chuck Berry, Al Jarreau, Chris Cornell, Gregg Allman, Tom Petty, Glen Campbell and Chester Bennington all passed with Bennington, who was known for his piercing scream and free-flowing anguish, released seven albums with Linkin Park, probably the most shocking. And then of course there was the tragedy of Manchester. However, music brought people together after that horrible night and showed the strength that music has.

So, what of 2018? Already the festival season is looking like it will surpass the quality of 2017. Live at Leeds have already announced a line-up that makes you sit up and take note. set to return on May 5th, 2018 once again bringing the most exciting names and sounds to the city for a true coming together of the best in new music. The starting gates of the summer festival season, Live at Leeds has become a go-to destination to see the artists that’ll be making their mark in the months and years ahead. Peace, Circa Waves and The Horrors headline. Similarly, SlamDunk 2018 has already announced a thrilling, bone-crunching clutch of bands.

One of the most guarded secrets can now be revealed… SlamDunk Festival will have not one, but two major headline artists! Pop-punk titans Good Charlotte will be joining the previously announced emo-rock legends Jimmy Eat World. Their co-headline performance is set to be a defining moment for the festival as it marks the SlamDunk Festival debut of both show-stopping artists. Leeds Festival has yet to announce anybody but expect maybe Green Day to be there and our ones to watch for 2018 Pale Waves, who played the Introducing Stage last summer. The Manchester four-piece are the latest signing to Dirty Hit Records home of Wolf Alice whose name you’ve already heard….