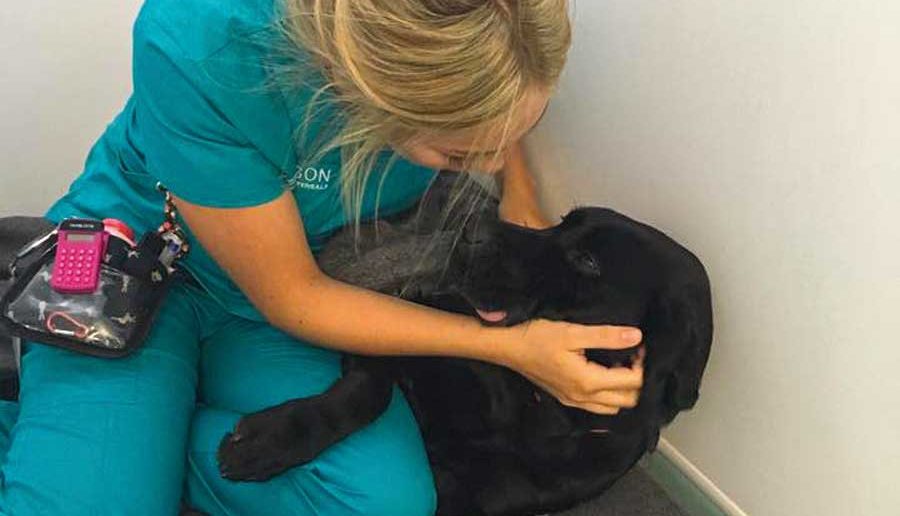 LOOK WHAT CROPPED UP IN LABRADOR’S LUNG!

A lovable Labrador called Ben came a real cropper after a romp through a barley field while on a countryside walk.

The two-year-old lab was left coughing for almost a month before referral vets at a top Yorkshire veterinary centre were called in to solve the prickly problem for Ben and his mystified owners.

Experts at Paragon Veterinary Referrals, in Wakefield, carried out a CT scan which highlighted a foreign object in the lower airways of the lung and a subsequent bronchoscopy – a flexible camera down the throat – identified it as a 10 cm long barley awn. Vet Adam Bell said: “It seems the offending item had been inhaled by Ben when he went running through fields of crops while out on a walk.

“Once he’d breathed it in, it proved impossible to cough out as the long hairs on the barley meant it would only move in one direction and that was deeper into the airways.

“Outwardly there appeared nothing wrong with him but our hi-tech imaging equipment soon showed up the problem internally.

“First the scanner highlighted the object and then we used the scope to identify it and remove it, without the need for any sort of surgery, and Ben made a full and speedy recovery.”

Now Paragon are using Ben as an example of the seasonal dangers that can arise from a seemingly idyllic dog walk through the fields this summer and harvest time.

Adam added: “We know people will want to take their dogs out for walks in the countryside now that the good weather is here but staying out of crop fields during the summer and at harvest time could save a lot of irritation for the animals and anxiety for owners.

“At this time of year, we often end up removing awns of barley, wheat and corn from ears, noses and airways of dogs so it’s well worth dog lovers being aware of the dangers and acting accordingly.”