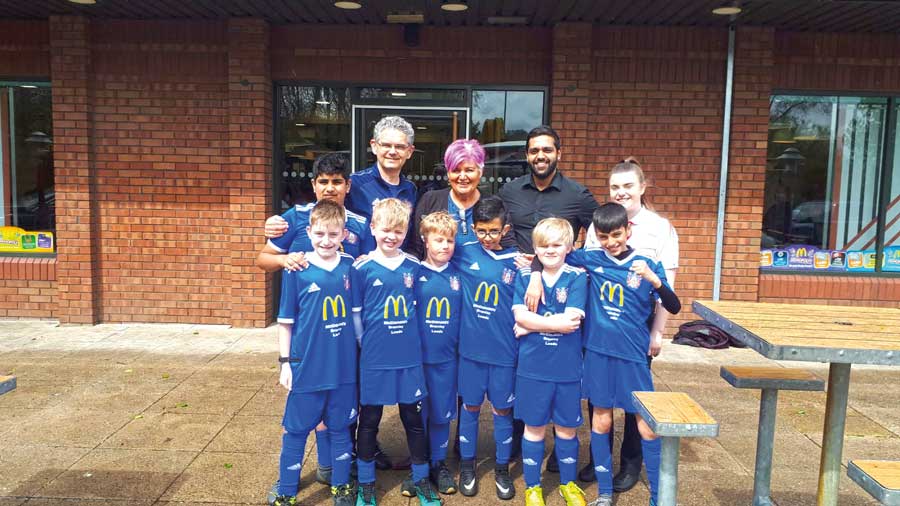 Local McDonald’s franchisee Saj Shah and his restaurant in Bramley have recently formed a new partnership with Leeds Deaf Juniors Football Club to sponsor their Deaf Youth team. The sponsorship will help provide much needed resources to the club, who are hosts of the local Junior Deaf Football league, such as kit and equipment, coaching qualifications and a bespoke football strip.

Saj and his restaurants have been supporting local grassroots football clubs in Bramley over the past four years as part of McDonald’s 17-year partnership with The FA. In this partnership, McDonald’s Bramley aims to raise the profile of the Leeds Deaf Juniors FC and encourage other young deaf people to get involved by promoting their teams and upcoming games online and in the restaurant.

Local franchisee Saj Shah, who owns and operates two restaurants in Bramley and Ingleby Road, said: “I’m delighted to form this new partnership with the Leeds Deaf Juniors Football Club and provide them with the means to take their club to the next level in the League. Grassroots football is a key part of the local community and I’m extremely proud to be part of it and to support the team.”

Paul Young, Head of Football at Leeds Deaf Junior FC said: “Everyone at the club is very excited with this new sponsorship and what it will bring to the team and the wider league. The support means so much to us as a club and we look forward to what’s to come in this partnership with Saj and his team.”