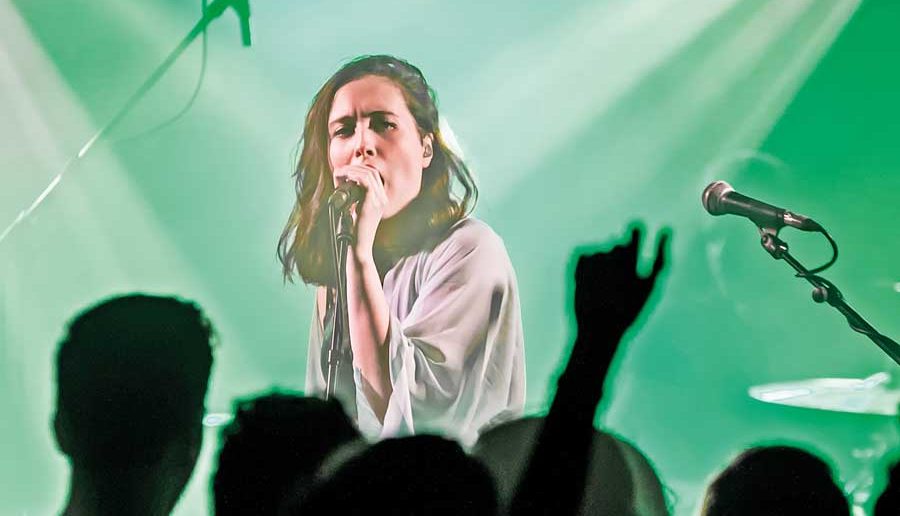 After a slow start to the year in terms of live music March exploded with a plethora of music from all genres and levels of famousness: Not one night in the month passed without having the ability to go and see music being played as it should be. Live, raw and full of energy. The four we have chosen cover Brit Award winners now courting superstardom, and those who are on the cusp of being household names and worthy of awards come the end of this year. You decide which category they come into.

Firstly, Alice Merton: The Berlin-based, British singer songwriter released her much-anticipated debut album MINT, which includes the singles ’Lash Out’, ’Why So Serious’, ’Funny Business’ and the platinum selling ‘No Roots’, in January. After garnering much attention with the explosive self-release of her debut single ‘No Roots’, Alice Merton has gone on to build a strong international fanbase which explains why The Wardrobe was full to the rafters and buzzing way after she had finished a set largely comprising of the album. MINT stands as a testament to Alice’s autobiographical and heartfelt writing, with driving rhythms underpinning catchy choruses and themes of female empowerment and unavoidable insecurities of youth, and her sense of independence; all  illustrated live and by the fact that, as well writing and recording the album herself, Alice set up her own label with her manager to release the record, and has produced a series of self-directed music videos as part of the campaign. Splendid! The following night Becky Hill should have graced the same stage. However, such is her popularity at the minute they needed a bigger venue: Thus, twice the number crammed in to Leeds University Stylus. Hill is an exceptional new talent on the pop landscape. She has taken the long way around, plucked from obscurity as a teen and thrown into the limelight as a contestant on The Voice, before embarking on worldwide tours with Rudimental and experiencing huge chart success through her collaborations with Wilkinson, Oliver Heldens, MK and more. Hill’s songs take in what it’s like to be young and making your way through the world, with all the love, fear, hope, anxiety and adrenaline that involves. She has honed her writing skills over a series of successful collaborations, including a Number One with Oliver Heldens for Gecko (Overdrive), a certified Gold top ten hit with Wilkinson for Afterglow and a huge international hit with Matoma for False Alarm. Her track record for penning a hit speaks for itself and paired with her distinctive vocal, she has become one of the go-to writers and singers in the UK currently. Finding the extraordinary in the ordinary, Becky Hill is ready for her moment in the spotlight.

George Ezra continues his phenomenal ascent with the announcement of his first ever headline arena tour which included a night at the First Direct that sold-out within hours! Staying At Tamara’s is George’s second UK Number 1 album ‘Paradise,’ which peaked at Number 2 in the ‘Hold My Girl’, ‘Pretty Shining People’, ‘Saviour,’ and ‘Don’t Matter Now’ were all here but the warmest welcome came for his Wanted On Voyage album bits and pieces. It takes a lot to use another artist iconic song as an entrance (Oasis Don’t Look Back In Anger in case you were wondering) but it indicated that what you get from George is something very personal. Moreover, by the end of the set you are left with the feeling that this is just the beginning for the Brit winner and that he’s probably going to have to get a bigger mantlepiece for future awards.

The same could be said of his support too: Norwegian pop star Sigrid promoting her highly anticipated debut album Sucker Punch. The 22-year-old’s epic songs are tales of the unexpected; fearless musical collages and shout-outs to human resilience, starting at the piano in Norway, Sigrid’s defiant pop was catapulted into the public consciousness last year with the zeitgeist defining certified-Gold ‘Strangers’, which got the best reaction of the whole night. She returns for her own headline tour in November by which time we will know just how good March was for live music.