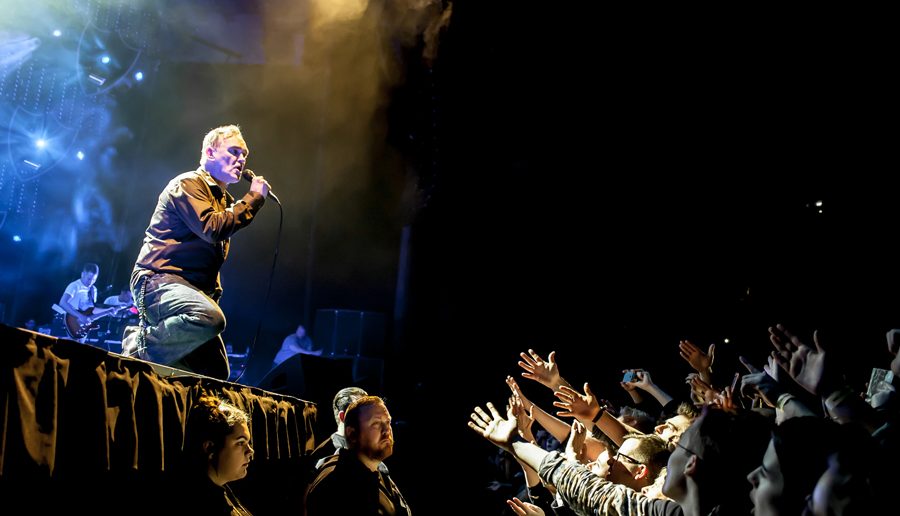 Full to the brim with the very best new music names, Live At Leeds is once again the definitive destination to find the essential sounds for the year ahead – cementing its position as the leading new music event of 2018 with even more incredible names confirmed for May 5th, and their biggest lineup to date. Topping the bill with what’s sure to be a definitive Live At Leeds moment on the brand new Leeds Festival Stage, guitar kingpins The Vaccines will roll into view with a set of explosive indie anthems that’ll have thousands singing along in unison. One of the most exciting British guitar bands of recent years, their electric presence has seen them travel the globe, with cuts like ‘If You Wanna’, ‘Teenage Icon’, ‘Handsome’, ‘Wreckin Bar (Ra Ra Ra)’ and ‘Norgaard’ lighting up crowds with unparalleled ease. With new album ‘Combat Sports’ on the horizon, a new era for the band is beckoning.

After a staggering 2017, Bristol punk starters IDLES will head to Live At Leeds with one of the most formidable live shows going. Full of searing aggression and pulsating rock kicks, their debut album ‘Brutalism’ became one of the most celebrated of last year. Prepare yourselves for a live performance bound to blow the roof off with unbridled energy. Powerfully independent and a commanding modern voice of her own, Nadine Shah is one of the most critically adored artists of the past 12 months – spilling with a punk philosophy and an instantly recognisable sound. Pouring with tales of the here and now, her latest album ‘Holiday Destination’ has taken Nadine to a whole new league, and her set at Live At Leeds is sure to be a spectacle of a true artist in full flight. Equally as unmissable is returning pop groover Rae Morris, whose infectious next step has been met with vast acclaim since the release of second album ‘Someone Out There’.  There will be iconic performances at Live At Leeds for sure!

However, Leeds saw an iconic performance last month: You could be forgiven if you have read any recent reviews of Morrissey that all he does is come on stage and acts the old curmudgeon between a sparse set of songs. He has always been controversial there is no denying that, though often he’s simply playing the Devil’s Advocate. However, think again. He gave us two hours of non-stop action barely pausing for breath or conversation. At least this is what happened at Leeds First Direct Arena and around 13,000 devotees were transfixed, although reports elsewhere do suggest that he hasn’t lost his playfulness regarding his political or moral stance, but these lead to character assassination rather than a consideration of his music. “Don’t believe everything you read” was his only advice of the night.

On the whole this was a glorious night. Of course, the “hits” gained the most rapturous of welcomes, especially The Smiths stuff, but easily forgotten is (although rising to prominence as frontman of the band he actually went on to forge) an even more successful career as a solo artist, with all ten of his solo albums reaching the Top 10 of the UK album charts, including three entries at the #1 position. Releasing his debut Viva Hate back in 1988, he has since released a number of critically acclaimed follow-ups including Kill Uncle and Your Arsenal, and the hugely successful comeback album You Are The Quarry after a five-year hiatus in 2004. Moreover, his first solo album Low In High School since 2014, which featured prominently on the set, could be considered as his best since Viva Hate. Consequently, Jacky’s Only Happy When She’s Up On The Stage follows Suedehead seamlessly as do the other seven songs from the record interspersed through the luscious bonanza.

Shunning any controversy, Morrissey and band succeeded in making a gigantic arena into a close and intimate and dare I say, human performance It would have been the comfy preference to simply do the “greatest hits”. But the day Morrissey becomes “comfy” will be the day Morrissey stops being Morrissey.