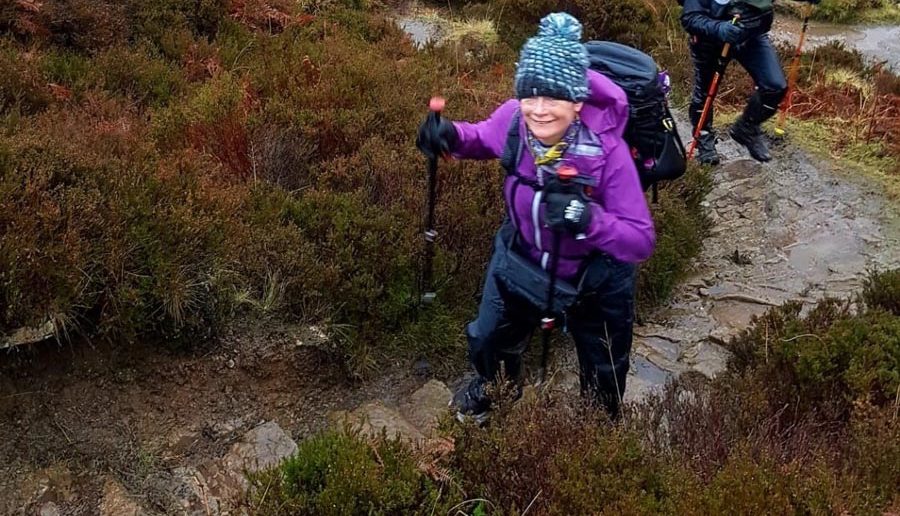 A staff member from a leading vets in Yorkshire has successfully completed what is widely regarded as one of the toughest endurance races in the world.

Lisa Wright, receptionist at Calder Vets’ Dewsbury animal hospital, triumphed at the Montane Spine Race, an epic 268-mile race along the Pennine Way, from Edale in the Peak District to Kirk Yetholm in Scotland. As if the distance and terrain didn’t make it difficult enough, the race is held in the middle of winter, competitors have to carry all their kit on their backs, they have just a week to complete it and have to get what sleep they can in the open air in freezing temperatures.

Lisa had dreamt of doing the race for seven years and finally summoned up the courage to start training four years ago.

She completed the shorter version, the 108-mile Spine Challenger, before deciding it was time to start training for the main event, which she chose to do for 8 Below Husky Rescue.

Lisa said: “I took part in the event in January last year but only got to the 160-mile mark. I stopped to help a fellow runner off one of the Fells and simply lost too much time to be able to complete the challenge.

“After a lot of tears and pulling up my big girl’s pants, I signed up for it again.

“So, this year I stood on the start line the fittest I have ever been, with 2,000 miles training for the year behind me.

“This time, with only nine hours sleep throughout the week, 300 falls in the mud and lots of pain and incredible memories, I reached my goal and kissed the Boarder Pub in Kirk Yetholm after 166 hours and 46 minutes. My dream had come true! “Weeks later and I still can’t quite believe I did it, although I do have a lack of feeling in two fingers and six toes to remind me of what I achieved!”

For more information on Calder Vets, which has 12 branches across south and west Yorkshire, visit www.caldervets.co.uk.