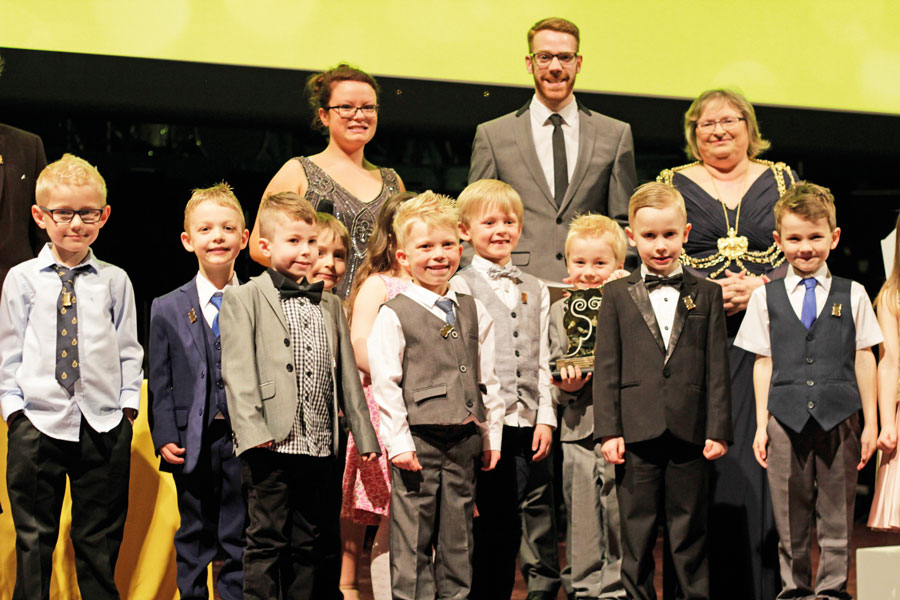 Now in its fifth year, the Golden Owl Awards celebrating Leeds’ budding film talent took place with a glittering ceremony at Leeds Town Hall.Organised and run by a partnership of Leeds Young Film Festival, Leeds City Council Artforms, and Armley-based communications agency Vista, the awards welcomed entries from individuals, schools and community groups aged 3-19 years from all around the city, with a record number received this year.
Entries ranged from stop motion animation to live action, and horror to comedy, and all of the films were judged by a panel of Northern film experts including Casualty screenwriter Mark Catley and Leeds Beckett University’s Northern Film School Director Laura Anderson. All the entrants were invited to attend the mini style Oscars black-tie event that screened and applauded all the shortlisted film entries, with the overall winners invited to the stage to receive their trophies from celebrities and VIPs from the film, civic, education and business worlds.
James Wilkins, MD at Vista, says of the awards: “In the past five years we’ve worked with almost 10,000 young people and invested over £1 million into our local community. Our team believes that championing creative talent is key to the success of our industry, and that’s something the Golden Owls has succeeded in doing. This is a fantastic project and it’s great to see more entries than ever before, showing off the wealth of young talent we have in the North of England.”
Sarah Westaway, Head of Arts Development at Artforms says: “This year we are delighted to be celebrating the fifth anniversary of the Leeds Young Filmmakers Golden Owl Awards.
“Each year the awards grow from strength to strength and we are very impressed by the quality of the films entered from schools, groups and individuals from all over the city.
“This annual event set in the magnificent Town Hall celebrates and showcases the creativity, hard work and enthusiasm of our young filmmakers in Leeds.”
Debbie Maturi, Director of Leeds Young Film Festival, says: “Once again delighted to showcase the talent, creativity and commitment of the young people of Leeds; it was a fantastic closing event for what was the biggest and best Leeds Young Film Festival ever. “It’s also a great testament to the value film adds to young people’s lives, from film watching, to programming to making and we want to support individuals and schools to continue to reap the rewards.”
Councillor Judith Blake, leader of Leeds City Council, said: “It’s fantastic to see the Golden Owl Awards once again giving some of the city’s best and brightest young film talent the chance to showcase their work.
“Leeds has a great track record of nurturing creative talent and a rich history in the film industry and it’s wonderful that we can continue that tradition with these awards.”
Winners
• Patch in Need, Westroyd Primary
• My Friend Ella, Shakespeare Primary
• The New Boy, The Cooperative Academy
• The Big Question, BFI Film Academy Leeds
Community Groups
• Fairy Troubles, First Shot Film Academy
Individuals 11 and Under
• Electric Palace, Charlie Walton
Individuals 12-15
• The Way We Were, Oliver Judd
Individuals 16-19
• Emily, Niamh Kirby
MediaFish Spotlight award winner
• Westroyd Primary School “Patch in Need”