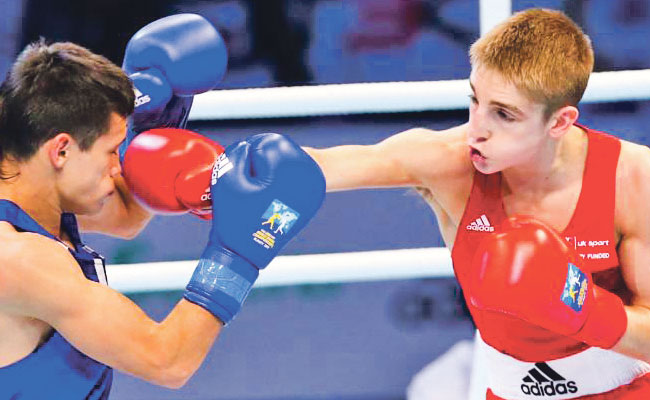 The finalists for the Leeds Sports Awards 2014 have been selected. A five-strong panel of judges named the finalists following a selection meeting in early January. The winners will be announced on the 27th of February 2014 at the awards dinner, which will take place at New Dock Hall in Leeds.

The awards, now in their 11th year, aim to celebrate the inspirational achievements of our city’s sporting stars.
Stewart Ross, Chairman of Sport Leeds said, “Choosing the finalists proved an incredibly difficult task. There were so many strong contenders in each category, and reading through the citations we received made it clear just how much fantastic work is taking place in our city’s sporting community.”

This year saw a record breaking 152 nominations submitted, an increase of over 50% on last years figure. This reinforces the growing profile of sport within the city in the wake of a successful showing by our athletes at the 2012 Olympics, and the recent hosting of the BBC Sports Personality of the Year at the First Direct Arena.
Emma Farquharson, of Banana Kick, creative and event management partners of the awards said, “We are grateful to all those that took the time to make a nomination. The number and quality of the nominations this year has been fantastic and highlights the impact that sport has on the lives of people in Leeds”.

Tickets for the awards dinner are still available, with prices starting from £30. Visit www.leedssportsawards.co.uk or email emma@bananakick.com for more information.

Leeds born and bred, Jack Bateson has already achieved a huge amount in the world of boxing. Fighting out of Burmantofts ABC, the young boxer is the first Yorkshire native to win two senior ABA Championship titles in successive years. He was recently selected for the Sky Sports Scholarship Scheme, one of only twelve British athletes chosen from all sports for the pioneering scheme.

Jack won his first gold medal in April 2012 at the Golden Gloves tournament in Estonia. He followed this with a silver medal at the Tammer Tournament in Finland and is now a member of the Team GB squad.
Jack studied at Allerton High School in Alwoodley, achieving 10 GCSE’s before enrolling a Bradford College of Further Education studying for an Advanced Apprenticeship in Sporting Excellence (AASE). Jack passed the course with a triple-distinction and has begun a foundation degree in Sport Coaching, which is now on hold while he trains full time with the Team GB squad.

Laura Beardsmore, who lives in Horsforth, was the first person to retain the women’s individual randori at the 2013 World Aikido Championships in Kawasaki, Japan. In a competition which included six rounds of individual fights, Laura defeated the previous champion Belgian Gitte Wolput in highly competitive final.
Laura also competed in the team events, collecting a further two gold medals taking her final total for the championships to three!

Laura currently trains at Kirkstall leisure centre under coach Bob Jones. She took up aikido at the age of 11 and attended her first World Championships at just 18. She has trained and competed with Team GB for the last ten years, appearing in five international aikido tournaments. Laura is now fifth in the all-time medal winners for Great Britain and third in the gold medal table.