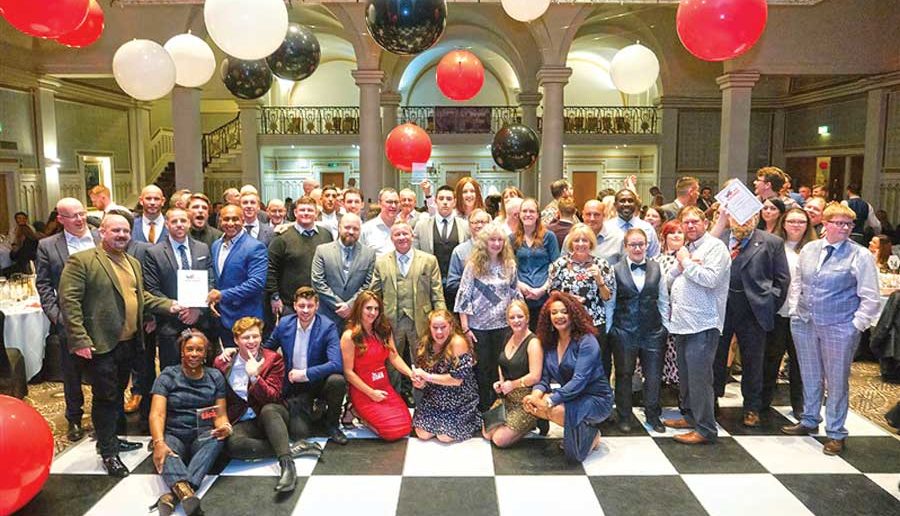 Businesses throughout Leeds have been awarded for their role in tackling and preventing crime at the fifth annual BACIL Awards at the Queens Hotel in Leeds.  The annual awards celebrate the hard work and commitment of staff at day and night-time venues across the city in working together to beat crime and keep people safe in Leeds.

Businesses Against Crime in Leeds (BACIL) – a joint venture between West Yorkshire Police, Leeds City Council and Safer Leeds – is one of the country’s fastest growing crime partnerships with over 420 member businesses including retailers, bars and clubs/concert venues throughout the city. The annual awards event is a chance to celebrate the year’s successes and honour businesses and individuals who have taken a proactive stance towards tackling crime and keeping the city safe for people to live, work and play.

This year’s event was attended by over 220 people, including Mark Burns-Williamson, the West Yorkshire Police and Crime Commissioner. It raised over £1,000 for the Leeds Community Foundation which supports thousands of charities and voluntary groups across the city, addressing inequalities and supporting Leeds communities that need it most.

Eight awards were presented on the night:

BACIL Manager, Sean Walker, comments: “It was a great night and I’d like to say a personal congratulations to everyone who either won an award or was nominated; choosing the winners was very tough. I am also delighted that the event raised over £1,000 for our charity partner, The Leeds Community Foundation, who do so much fantastic work in and around our city.

“We are very fortunate in Leeds that we have such supportive teams working in our stores, bars and entertainment venues who are proactive in working together and sharing intelligence with BACIL and West Yorkshire Police to reduce crime and anti-social behaviour. All our members are connected by tablets and two-way radios (today there are over 500 BACIL radios in operation) giving staff instant access to the police and nearby businesses should they witness any suspicious behaviour.  All information can be shared in real time, so they can post pictures and urge others to look out for known offenders operating in their area.”

BACIL is fast becoming one of the largest crime partnerships in the UK. It is made up of Leeds City Council, West Yorkshire Police, Safer Leeds and over 420 day and night-time businesses. Such has been its success that the BACIL network now extends not just within the city centre but also encompasses Crown Point, Colton, Birstall and Kirkstall Bridge Shopping Parks, Armley, Headingley and Morley town centres – all of whose retailers are also now connected via BACIL tablets and two-way radios.