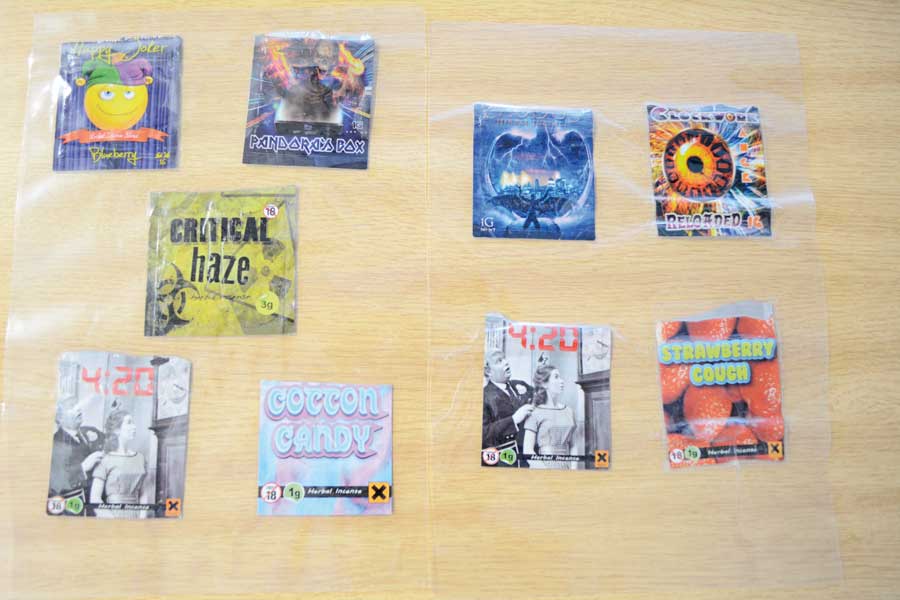 Health experts in Leeds are teaming up with enforcement agencies to raise awareness of the potentially deadly risk posed by a range of drugs (often known as legal highs). Following a change in the law the Illegal Highs – Not for Human Consumption campaign launched on 26th May 2016 is to raise awareness of the health harms and the change in legislation around these drugs, also known as Novel Psychoactive Substances (NPS).
The city’s drug and alcohol service Forward Leeds, in partnership with Leeds City Council and West Yorkshire Police, launched the initiative as part of the citywide drug and alcohol strategy.
Lisa Parker, Executive Director of Forward Leeds explained:
“The belief held by many that because these drugs were ‘legal’ that they must be ‘safe’ has proved disastrous. There has been many reports of people losing consciousness, having psychotic episodes and even dying from these ever-changing substances which are produced by an unregulated industry.
“The price and availability (both online and in shops) have meant that just about anyone (over the age of 18) can buy these drugs – often just as strong as or stronger than the classified drugs they mimic.”
The campaign will see targeted advertising across the city, particularly in hot spots for young adults, such as near colleges and universities, leisure centres and in Vue cinemas.
A dedicated website – www.illegalhighs.com will give information, advice and safety tips and a dedicated Facebook page – Not For Human Consumption – will give extra advice and information. Forward Leeds are also arranging to offer one to one support and advice via the site’s chat function.
Having a website and Facebook page is the best way to raise awareness amongst young adults of the risks and new legislation. Consultations that Forward Leeds held with the target group during campaign development unanimously suggested that they were far more likely to read information online than in a leaflet or booklet.
Councillor Lisa Mulherin, Chair of Leeds Health and Wellbeing Board, said:
“There is a real need to communicate both the change in legislation and the health risks to people in Leeds, especially young adults. We have seen an increase in the number of people ringing emergency services and getting admitted to hospital because they have taken these substances.
“That is why I am delighted organisations are working closely across the city to help this campaign make people think twice about taking these drugs, reduce the number of people who suffer the consequences of taking them and tackle the people who deal in these drugs.”
Detective Chief Inspector Warren Stevenson of West Yorkshire Police said;
“We are utilising a number of methods, along with our partners, to educate both users and suppliers in an effort to avoid retailers falling foul of the new law and at the same time making West Yorkshire a safer place to be. The change in legislation provides police with new powers to tackle this unregulated industry.”
The government’s Psychoactive Substances Bill became law on 26th May 2016 and made it an offence to produce, supply or offer to supply any substance likely to be used for its psychoactive effects, regardless of its potential for harm. Laughing gas (Nitrogen oxide) is also a substance included in the new legislation.
Adam Shepherd, Student Welfare Adviser for Leeds Trinity Students’ Union said: “A number of students have been using laughing gas so it is important to make them aware of the new legal risks associated with psychoactive substances as well as the health risks. This campaign is an excellent opportunity to communicate this message, along with the risks and harms, to them.”