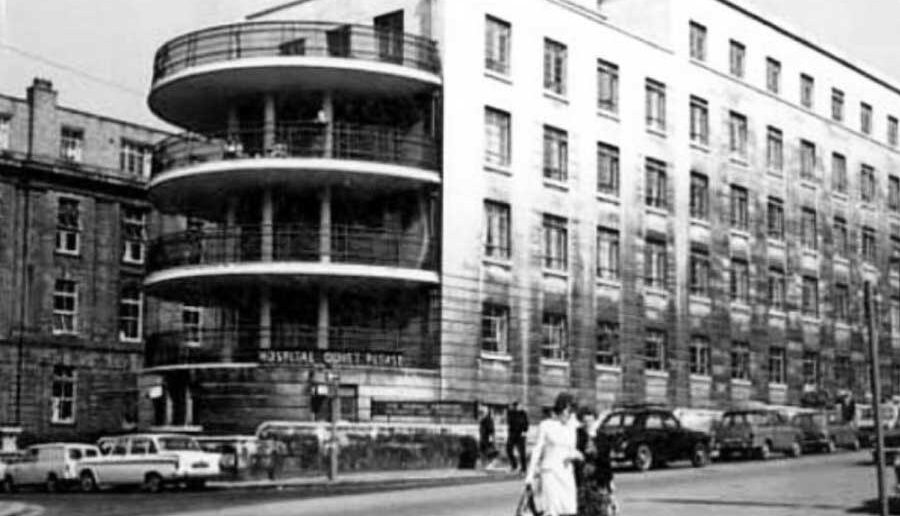 The first hospital known as Leeds Infirmary was opened in 1771 on Infirmary Street. Hospital-based healthcare was still in its infancy in Leeds at the time, having only been introduced four years earlier when an Infirmary “for the relief of the sick and hurt poor within this parish” was set up in a private house owned by a Mr Wilson in Kirkgate.

But the move to the new building, on what is now the site of the former Yorkshire Bank off City Square, was to spark 250 years of continuous development and expansion, reflecting the rapid growth of the city itself.

Construction on the Great George Street site began in 1863, to the designs of Sir George Gilbert Scott. Prior to construction Scott, and the Infirmary’s Chief Physician, Dr Charles Chadwick, had visited many of the great hospitals of Europe and had been particularly impressed by hospitals based on the pavilion plan, recommended by Florence Nightingale. Many of her forward-thinking suggestions, such as modern bathing facilities and flushing lavatories throughout, were incorporated in the design for the hospital.

As the decades passed, and the city grew, so did its hospital, with extensions in the 1890s and in 1916. In 1940 the Brotherton Wing opened, followed in 1961 by the Martin Wing. In 1984, the Clarendon Wing replaced the old Women’s and Children’s Hospital, being connected to the main site for many years by a long corridor on stilts. Finally, in 1998 the newest wing linked up the different parts of the site and was named Jubilee Wing to celebrate the 50th anniversary of the National Health Service.

Julian Hartley, Chief Executive of Leeds Teaching Hospitals NHS Trust, said: “Leeds General Infirmary is by far the oldest of the hospitals in Leeds and we’re very proud of its long history of caring for the people of our city.

“Over the next few years we will, through our New Hospitals programme, be undertaking the most important development in hospital-based healthcare in the city centre since the Infirmary moved to the Great George Street site in 1869.

“Work to demolish parts of the LGI site is well under way, allowing us to clear the way for the building of two new state-of-the-art hospitals in the heart of our city. This major new development will not only provide Leeds with world class medical and research facilities, it will also allow us to continue to build on our proud, 250-year history of dedicated care and service to the people of Leeds.”