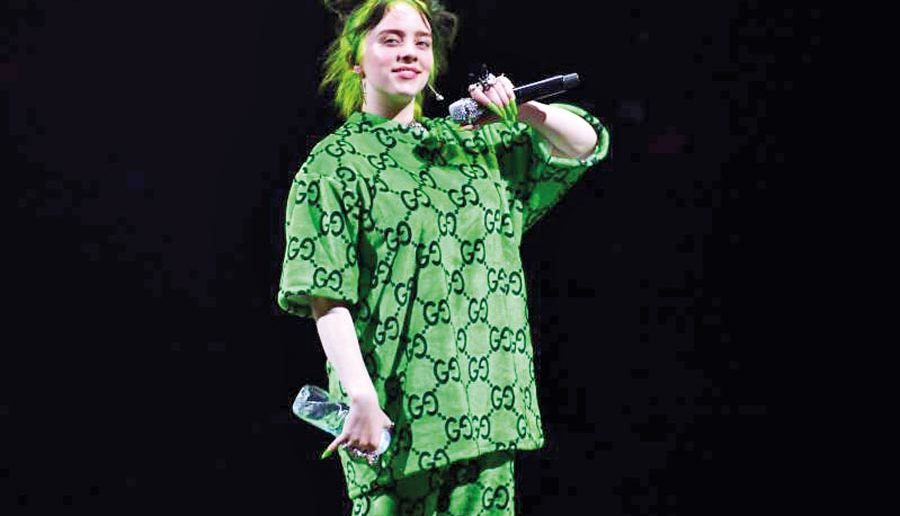 Sunshine instead of the usual showers and yet the festival, like many twenty-year olds is going through an identity crisis. A serious one too so whether we are back in five years to celebrate a quarter of a century for Leeds Festival remains to be seen. Watch this space as they say.

The issue with the festival is the diversification of the type of music now being added to its schedule. The argument is that simply “rock” no longer sells out. Try telling that to the organisers of Download Festival which consistently is oversubscribed when they announce their acts in January. There are now two factions at Leeds Festival and maybe this is the reason why the “Sold Out” signs are no longer going up. Yes, day tickets for Sunday were indeed unavailable, but only in the week before the festival began and this could have been circumvented by simply buying a weekend ticket right up to the Saturday.

The reason Sunday was so popular is simply the marvel that is Billie Eilish, who you remember we introduced you to as a precocious 15-year-old. Blowing our own trumpet, we were the first print media to mention the then little heard of neo-goth star: no wonder the main stage set was the buzz event of the festival. And the busiest stage? The Pit the rock music part of the festival which pulled away people from main stage acts 1975 and even the Foo Fighters. Festival organiser take note.

Speaking of the festival’s buzz watch out next year for Tones And I. Currently top on Spotify’s Global Viral Chart and at number 2 in the UK Spotify Viral Chart – Tones And I is the fastest growing artist in the world right now, accumulating over 2.5 million daily streams across all platforms. These are phenomenal numbers for an artist that by this time next year be the phenomenon everybody wants to see.

Originally from the Mornington Peninsula on the outskirts of Melbourne, Tones And I travelled to Byron Bay early in 2018 to take her chance at busking. Overwhelmed by the size of the crowds she attracted, Tones quit her job to move there permanently, living in her van as she looked for a bigger opportunity in music.

Tones’ rise has remained phenomenal ever since – and now she’s going global. Over the course of just three tracks, she’s already exploded beyond 65 million streams on Spotify alone and closing in on 100 million across all platforms making her Australia’s biggest breakthrough artist of 2019. That reputation is expanding across the continents too, with Tones exceeding 9.8 million monthly listeners

Now Tones introduces herself to UK audiences with her new single ‘Dance Monkey’. It’s high calibre, modernist pop with Tones’ soulful vocal gift giving it a timeless quality. It’s already a smash hit in Australia, where it hit #1 on all the key charts:

“I wrote this song about being a busker, “she explained in an interview with us. “There were a lot of times when I was busking there were a lot of people in your face, like ‘More, more! Go again, again, again!’ I really respected the people who supported me through busking, but there were times when it was really noticeable that people were so used to being able to swipe to see something different to entertain themselves that the patience had diminished.”

Tones’ massive breakthrough year started with her debut single ‘Johnny Run Away’ which earned unprecedented support from triple j – it soon became their most played track for two weeks running and raced to Platinum status. ‘Dance Monkey’ elevated her to another level, and her third track ‘Never Seen The Rain’ continued her ascent.

All three tracks feature on her debut EP ‘The Kids Are Coming’, which will be released on September 30th.

One of Tones’ first shows came at Splendour In The Grass, where she attracted the biggest crowd of an opening act in the festival’s history – with 20,000 fans present when she took to the stage at midday. Her forthcoming debut homeland headline tour sold out almost immediately, and she’s set to tour abroad for the first time with a UK and European tour in November.  Seriously, if you get the chance to go then go which is a mantra Leeds Festival has survived on but for how long people seem not so sure.