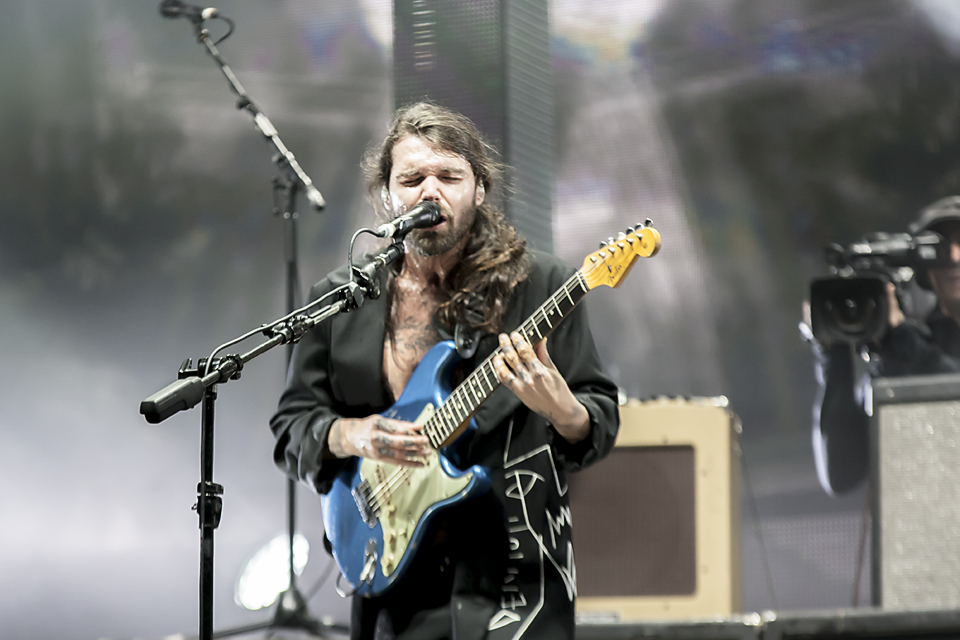 Sunshine, shorts and scintillating boisterous Friday at Leeds Festival: The stage set by the gritty punky pop sets of State Champs and The Virgin Marys on the main stage. There may be a quagmire here and there at Bramham but the music is worth the jaunt around. Although the walk to the Lock Up tent for GreyWind was largely unrewarded. The young band appeared slightly overawed by their first festival appearance. A shame really as lead vocalist Steph O’Sullivan who has a cracking rock voice. Deaf Havana promised a new album during their set which pleased the packed stage. Their finest moment left towards the end with the appropriately titled Feels Like The End by which time the band had literally shed blood for them! Tonight Alive lead Jenna McDougall may now look like a young Annie Lennox with the new image but Tonight Alive were simply Tonight Alive. Not in a disparaging way. The Australian band know what they do and they do it rather superbly. Almost overshadowed by Savages and Ratboy who followed; Savages were simply supreme. Ratboy ridiculously entertaining too: Fall Out Boy warmed up the evening on the main stage: Literally: A burning behemoth of set which, strangely was received with a mixed reaction. Old classics from Under A Cork Tree welcomed with open arms: Newer material with a touch of suspicion that somehow old friends were being crowded out: Biffy Clyro raised a few eyebrows at being named as the headline for Friday but seventy thousand stood in awe of a band in full control of their position there. Scintillating from start to finish which appropriately summed up the whole day