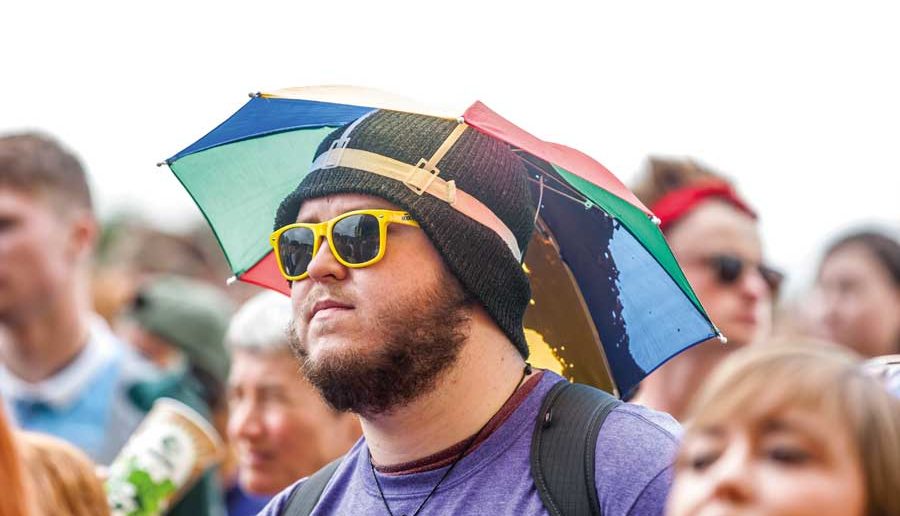 We may have just had the wettest June since the last wettest June. However, people are already looking forward to a scorching August in the fields at Braham Park watching some of the biggest bands in the world.

Foo Fighters will make their triumphant return to headline Leeds in 2019. With nearly 30 million records sold, and fresh from packing out the world’s biggest venues – Dave Grohl, Taylor Hawkins, Nate Mendel, Chris Shiflett, Pat Smear and Rami Jaffee will bring their three-hour-plus rock marathon master class back to headlining Reading/Leeds, a tradition they began in 2002. Expect every one of the tens of thousands voices in attendance to be raised with every deafening chorus as Foo Fighters run through dozens of classics spanning their massive catalogue, from their 1995 debut through 2017’s ‘Concrete and Gold’ which went to Number 1 in more than a dozen countries including the UK and US.

Grammy Award-Winning Twenty-One Pilots will be bringing their incendiary live show to Reading and Leeds fresh off the back of their worldwide ‘Bandito’ tour and career-defining shows at London’s Wembley Arena. The alternative, electro-rockers have inspired a global movement with their flair for dramatic spectacle and world conquering ambition. The duo, now in their ‘Trench’ album era of their career, have seen fans become super fans and set the bar high for a new generation and definition of pop and rock crossover stars.

Making their Main Stage headline debut are The 1975. The Manchester four piece have had a phenomenal rise to fame over the past few years, selling out shows across the world and releasing their critically acclaimed second album ‘I like it when you sleep, for you are so beautiful yet so unaware of it’, which debuted at Number 1 in the UK and the US. The album was also nominated for the Mercury Prize ‘Album of the Year’ and was the catalyst to their 2017 BRIT Award win for Best Group, sealing their status as international superstars. Leeds will be another chance for their loyal legion of fans to see the band’s now iconic live show.

The Distillers return to Leeds in 2019 for the first time this decade. They will be joined by Boston based rock trio PVRIS led by frontwoman Lynn Gunn. Other Stateside stars joining the bill are Texan pop-punk pioneers Bowling for Soup who have delivered infectious power pop music to the world for over two decades. Hit singles such as ‘Girl All The Bad Guys Want’ and ‘1985’ will no doubt draw huge crowd sing-alongs. The multi-talented Hayley Kiyoko also joins the line-up following her ‘Expectations’ tour which saw her receive worldwide critical reception for her amazing stage presence and vocals. Expect to hear huge hits including ‘What I Need’, ‘Curious’ and breakthrough single ‘Girls Like Girls’. Billie Eilish whose debut single ‘Ocean Eyes’ has had over 132 million streams on Spotify alone is destined to steal the stage with a truly breath-taking performance, while indie favourites Sundara Karma are added to the bill ahead of the release of their sophomore album ‘Ulfilas’ Alphabet’ early next year. Brighton duo Royal Blood return to bring their juggernaut rock sound back to the main stage for an electrifying appearance at Leeds. Mike Kerr and Ben Thatcher’s meteoric rise is backed up by a trick bag of unabashed hits made to get the festival fields bouncing. Pop visionary and musical chameleon Charli XCX is set to hit the stage with an exuberant display of danceable future-pop. CHVRCHES are also announced to bring their forward thinking, epic synth pop fresh off the release of new album ‘Love Is Dead’, whilst electro agit-rock heavyweights Enter Shikari make their triumphant return to Leeds for sets of sheer visceral thrills for the rockers and ravers alike.