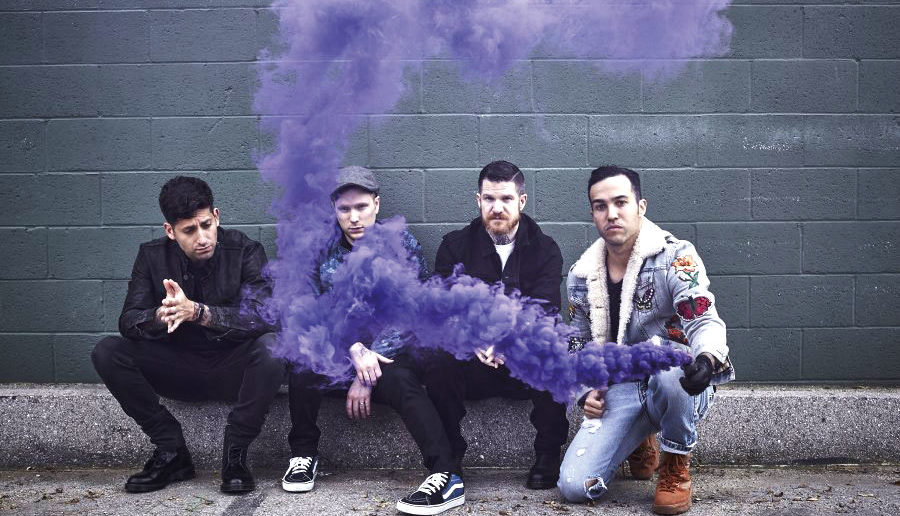 It is that time of the year again. Although hotter than normal wearther wise I suppose the return of Leeds Festival could be good news for the gardening community. But whatever the weather Leeds’ legendary Bramham Park this August bank holiday weekend (24th – 26th) will see a fairly eclectic selection of music and heavyweight stars and exciting new bands. Skepta, Wolf Alice, Annie Mac, Dua Lipa, J Hus, Diplo, Ms Banks, Pale Waves, Sigrid, Wretch 32 and Yungen are amongst the top rock, dance, alternative and urban acts on the line-up. Here are a few recommendations that you should make a point to see.

Kings of Leon headline Leeds for their second time. With seven albums under their belt and an arsenal of hits –there are few better equipped to close a day of top music at Reading and Leeds.

Probably the hottest act in the world right now and in the middle of a sold-out stint of UK shows, Kendrick Lamar returns to Leeds this year– and rightly so, being the new owner of five Grammy Awards. The Compton rapper is expected to deliver an unstoppable set on the Reading and Leeds stages, packed with trailblazing hits from widely acclaimed 2017 album DAMN.

Fall Out Boy are also revealed as Richfield Avenue and Bramham Park headliners. True Leeds veterans and crowd favorites, the Chicago four-piece has established their place on the festival bill over the last decade. This time around, fans can expect a guitar-fuelled celebration of certified hits like “Dance, Dance,” “Thnks fr th Mmrs,” “Centuries” as well as new songs from their latest album MANIA.

Completing the quartet of headliners to see this year are Panic! at the Disco. Brendon Urie and his Las Vegas outfit will take the crowds through a night-time journey of a glittering back catalogue – including landmark albums Pretty. Odd and A Fever You Can’t Sweat Out, along with songs from the certified platinum, Grammy nominated album Death Of A Bachelor.

The record-breaking Dua Lipa will play Leeds as a UK festival exclusive this summer, joined by the hotly-tipped new acts Sigrid and Pale Waves. Dance fans will have their fill with the likes of legends such as Annie Mac, Birmingham breakthrough DJ favourite Hannah Wants, Riton & Kah-Lo, Bristolian duo My Nu Leng and American genius and Major Lazer co-creator Diplo.

Following a secret opening performance on the Festival Republic stage last year, Reading and Leeds favourite Wolf Alice are set to play. The North London quartet’s 2017 album ‘Visions of a Life’ received widespread critical acclaim, affirming them as ‘Best Band in Britain’ – so we can no doubt expect an even more exhilarating set this year. Indie fans will not be disappointed, with some of the most genre-defining acts billed to play this year. Liverpool rockers The Wombats join the line up, following their recently released album ‘Beautiful People Will Ruin Your Life’. Repping Manchester will be Courteeners, storming through five studio albums and hits including ‘Not Nineteen Forever’ and ‘What Took You So Long’. Brighton four-piece The Magic Gang also join the bill in addition to critically celebrated New York trio Sunflower Bean takes to the stage  after an incredible year.

Reading and Leeds have been famous for earth-shattering rock acts over the years and 2018 will be no different, with something on the line-up for every type of rock fan. Florida rock outfit UnderØath will appear this year alongside the likes of noughties favourites Sum 41 and none other than California legends Papa Roach, as well as Waterparks, Hollywood Undead and Ohio-based hardcore band Beartooth. The best in British rock will of course also be represented in the form of Creeper – Southampton’s famous horror-punk six-piece.

Festival Republic’s Melvin Benn told us: “Reading and Leeds prides itself on being a music-first festival and this year’s line-up already proves that. Kings of Leon and Fall Out Boy are bands that have grown with the festival and its fans and we couldn’t be more pleased to invite them back to headline. Adding Panic! at the Disco and Kendrick Lamar, probably the most sought-after act in the world right now, we think Leeds Festival 2018 will be the festival to see.”

With hundreds of acts set to play, Reading and Leeds will again be the unmissable festival weekend of the summer – defining and celebrating the sounds of modern ground-breaking music, as well as a world-class comedy line up.