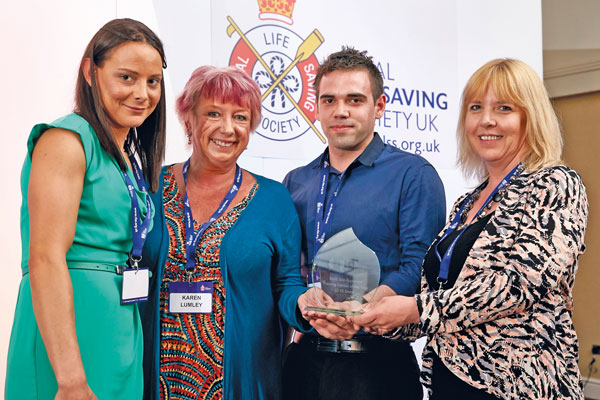 Leeds City Council’s commitment to pool safety and drowning prevention has been recognised at the most important awards in the water safety industry.

The awards, which were hosted by the renowned sports scientist, Olympian and physical activity expert, Professor Greg Whyte OBE, recognise those who continually raise standards and make such a valuable contribution to pool safety and drowning prevention.

The judges said that Leeds City Council stood out as leaders in their category for their dedication to lifeguard performance and for sharing the wider message of drowning prevention.

The City Council delivered the RLSS UK drowning prevention message to more than 8,000 children in one week during 2014 by participating in the RLSS UK Drowning Prevention Week campaign. Leeds City Council are committed to making their lifeguards the best that they can be by running regular competitions and ongoing training. The judges also applauded the City Council’s work in involving the wider community in water safety activities, such as Lifesaving Camps and Rookie Lifeguard Challenges.

Martin Symcox, Director of IQL UK and Water Safety Management, said: “These awards showcase some of the fantastic work being done to save lives in and around water, and the standards get higher each year.

“I’d like to congratulate Leeds City Council, which has demonstrated an outstanding commitment to water safety, drowning prevention and general lifesaving.”