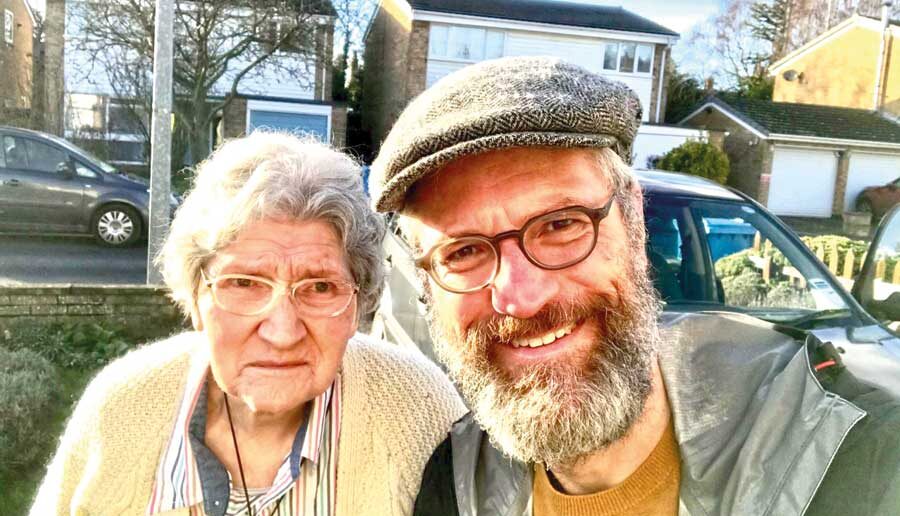 BBC Radio Leeds presenter Andrew Edwards has won a prestigious Dementia Hero Award for his “insightful, powerful and, at times, heart-breaking” broadcasts about his mother.

Mum and Me: The Dementia Diary won the regional broadcast journalism category at the Alzheimer’s Society event, hosted by TV presenter, writer and journalist Richard Madeley on Thursday, during Dementia Action Week.

In his weekly broadcast, Mum and Me: The Dementia Diary, Andrew talks candidly about his relationship with his 85-year-old mum Carolyn, who was diagnosed with mixed dementia (Alzheimer’s and vascular dementia) in 2017.

Describing the broadcasts as “insightful, powerful and, at times, heart-breaking” the judges went on to say “Andrew Edwards has been sharing his diary in an unfolding story about his mum. He cares passionately about discussing the experience of dementia from an ‘ordinary’, non-specialist perspective.

“He takes off his radio presenter’s hat, and speaks honestly, emotionally, and from the heart, about what it’s like caring for a loved one who’s living with dementia. The diary prompts a significant level of engagement from listeners.

“He’s not a medical professional, or a journalist talking dispassionately about an issue – he’s a son sharing his mum’s journey.”

Reacting to the award, Andrew, whose mum lives in Hull, said: “I feel very honoured and touched to win this award, but at the same time I have mixed emotions because I wish it wasn’t needed and that mum did not have dementia.

“I’ve been on a journey with mum and continue to be on one – each week I talk about something that has happened. It’s just me as a son talking about what me and mum are going through.

“My mum has been the real hero through all of this, so this award means a great deal.  What really moves me is the response I get from listeners. That keeps me going and it’s also lovely to be recognised for this.”

This award category recognised journalists working for media outlets whose innovative and sensitive work on dementia has made a genuine impact, highlighting issues for those affected by dementia, raising awareness and challenging common perceptions of the condition.

The awards, which are sponsored by Tunstall Healthcare, took place virtually due to the coronavirus pandemic and showcased the stories of people doing outstanding things during the pandemic – Alzheimer’s Society’s dementia heroes.

Judith King, Head of Services for Alzheimer’s Society, said: “Throughout the pandemic so   many individuals, groups and organisations have gone above and beyond to support people affected by dementia.

This year’s Alzheimer’s Society’s Dementia Hero Awards provided the perfect opportunity to celebrate the achievements of these unsung heroes.

“It’s been so inspiring to hear the stories of those dedicated to caring for people with dementia, finding innovative solutions in research, and the campaigners and media fighting for the rights of people living with dementia. They are all making difference.

“The past year has been tough for all of us. But imagine how much worse it would have been if you couldn’t understand why it was happening: why you no longer saw your loved ones; why your carers stopped visiting or why they wore masks. Tragically, this was the reality for tens of thousands of people living with dementia in the UK.

“Since the pandemic began, Alzheimer’s Society support services have been used 3.7 million times, showing that people affected by dementia need us now more than ever.”