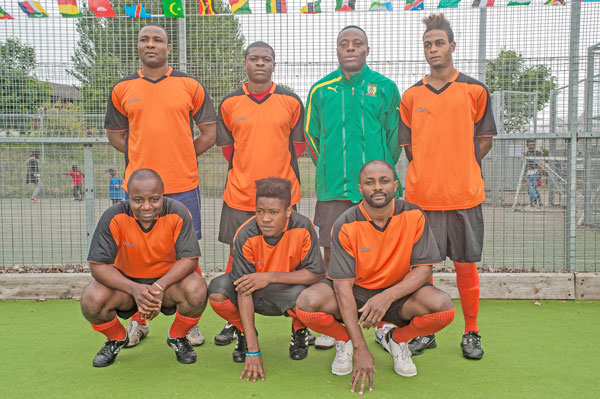 The Board of Trustees of the Nigerian Community Leeds (NCL) and Planning Committee for the Leeds African Cup of Nations (LACoN) 2015 are pleased to announce the 10th tournament of this annual tournament taking place on 27th June 2015 at the Thomas Danby Community Sports Centre.

This massively popular annual sports extravaganza succeeds in bringing together African and non-African communities alike, as far as the Manchester borders, all the way to West Yorkshire together for one full day of football, music, dance, food, children’s entertainment and loads of fun.

At the Draw for teams last year (Date for this year to be announced), Cllr Grahame thanked the organisers of LACoN for its foresight in continually organising this event, bringing together people of the African Diaspora and its wider communities in the city of Leeds which contributes to the Leeds Council vision of making Leeds the “Best city in the UK”.

He talked about how the tournament has become a significant event in the Leeds events calendar after such a relatively short period. He went on to thank Nigeria Community Leeds for its leadership in the community and offered to match fund the tournament winner prize.

LACoN 2015 will have 12 teams pitting their skills against each other and all hoping to win the coveted trophy which was won by last year’s favourite – Cameroun.

“LACoN 2015 is the 10th anniversary and we plan on making it the very best event yet. It promises to be bigger, brighter and an insight into the future of Africa in Leeds.

Come and join us for an awesome day filled with lots of fun and laughter. Bring your families, neighbours, friends and everyone you know.

It only happens once a year and it is well worth the wait so be there” says the NCL.