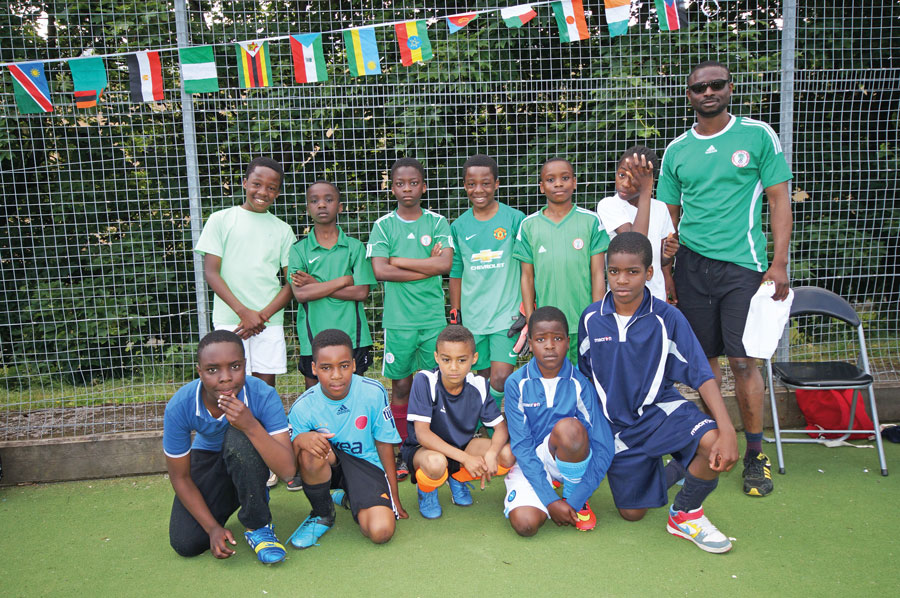 The Board of Trustees of the Nigerian Community Leeds (NCL) and Planning Committee for the Leeds African Cup of Nations (LACoN) 2016 are pleased to announce the annual tournament taking place on 4th June 2016 at the Thomas Danby Community Sports Centre. This massively popular annual sports extravaganza succeeds in bringing together African and non-African communities alike, from as far as the Manchester borders, together for one fun-filled day of football, music, dance, food and children’s entertainment.
At the draw for teams last year (date for this year to be announced), Councillor Asghar Khan thanked the organisers of LACoN for their foresight in continually organising this event, which brings Africans in the Diaspora and the wider communities in the city of Leeds together. This contributes to Leeds City Council’s vision of making Leeds the “Best city in the UK”.
In these difficult times the event has become a trail blazer for community cohesion, bringing the Leeds community together in colourful celebration. LACoN has become a significant fixture in the Leeds events calendar over the last ten years and it is inspiring how all the teams prepare and look forward to this annual tournament.
The LACoN planning committee continually strive for ways to improve the LACoN experience, and with one eye on the future, last year (LACoN 2015) saw the beginning of a Junior LACoN (J-LACoN which comprised of five young local under-11 teams from the Primary schools in the local area). The final between Shakespeare Primary and St Peter’s CofE Primary Schools was of high quality, with Shakespeare Primary School being victorious on the day and crowned as Inaugural champions. They plan to defend their trophy this year as, of course they want to win it again! Councillor Eileen Taylor kindly handed out the trophies and awards to all the 2015 J-LACoN participants.
This year, Junior LACoN will be held on 27th May 2016 at Richmond Hill Primary School from 12 noon – 3pm. The football coach at St Peter’s CofE Primary School has already told us that “We only lost the final last year due to minor errors which have now been rectified and we plan on going one further this year and lifting that trophy”.
LACoN 2016 will also see an innovative idea, the introduction for the first time, of a women only football contest which will add colour and diversity to the spectacle. This has already created much interest and promises to be an exciting addition to the tournament. On the back of such campaigns as “thisgirlcan” we expect this to grow into an integral part of the LACoN calendar.
LACoN 2016 (Men) will see 12 teams pitting their skills against each other, all hoping to win the coveted trophy which was won by last year’s favourite – Cameroun for the fourth time. Nigeria Leeds has been training hard over the last 7 months and is determined to win it for the first time in the 11 year history of the tournament. Last year, Councillor Asghar Khan kindly handed out the awards for the men’s tournament.
Why not join them for an awesome day filled with lots of fun and laughter. Take your families, neighbours, friends and everyone you know.
It only happens once a year and it is a day well spent, so be there!!!