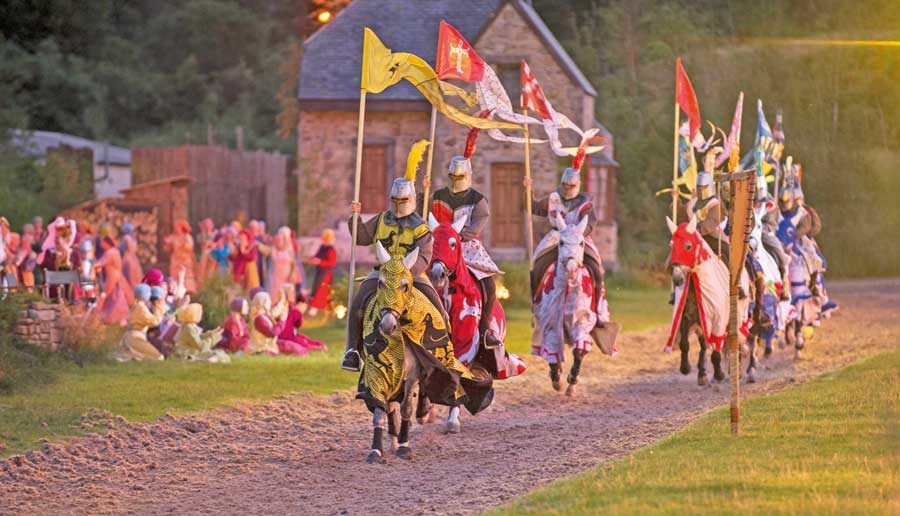 Kynren An Epic Tale Of England 2019

The UK’s biggest outdoor live theatre event ‘Kynren – an epic tale of England’ is back! This is one of my favourite shows of the year, a spectacular journey through England’s history which brings to life in imaginative and exciting ways the events which have shaped this land and its people.

2019 is “Year of the Viking” – See their dramatic attack on a fishing village which leaves a trail of destruction and fire. Experience the more peaceful side of Viking life in the brand new Viking Village. Take a stroll along the stream and watch the past come to life at the working blacksmith’s forge and don’t miss the village’s animal inhabitants.

The unmissable live blockbuster features even more action-packed thrills and stunts than ever before. Performed by a 1,000-strong cast and crew on a 7.5-acre outdoor stage at Bishop Auckland, County Durham, watch legends come to life in a thrilling tale told on an epic scale – 2,000 years in the making.

This multi-award-winning live action spectacular takes you on a spellbinding voyage through history as seen through the eyes of Arthur, the son of a mining family.

Watch Boudicca’s courageous but doomed uprising against the Romans and the clash of Viking and Anglo-Saxon leaders at the battle of Stamford Bridge.

Experience the excitement of daring jousting knights on horseback charging at full speed, for the entertainment and merriment of Bishop Bek, the Prince Bishop of Durham, and his colourful entourage.

Witness the future King Arthur’s magical encounter with the Lady of the lake and as he draws the sword Excalibur from the stone.

Step aboard Queen Elizabeth I’s royal barge as she invites Shakespeare to introduce some of his most famous characters, trace the bloody outcome of England’s Civil War and follow King Charles’ final journey to the executioner’s block. Join in the lavish celebrations of Queen Victoria’s Diamond Jubilee and travel with the brave soldiers to the battlefields of the continent during both World Wars.These are just some of the scenes in this incredible show. Kynren has been running for several years now and it just gets better and better. Each time I go, it fills me with awe, excitement and a whole other range of emotions! As well as the performance itself, it is worth getting there early to ensure you make the most of all there is to enjoy before the show! Just as Arthur does in Kynren, you too can travel through time. In addition to the new Viking Village, pre-show attractions include the Georgian Animal Croft – where you can meet Kynren’s cast of animal actors, the improved Food Village features local, high quality suppliers and a new 1940’s Bar has a street party vibe. The attractions open at least 3.5 hours before the show starts across the summer and 3 hours before in September.

I cannot recommend Kynren highly enough – it is well worth the drive up the A1!

Kynren is on every Saturday except the 3rd August, until 14th September. Tickets are available online at www.kynren.com.