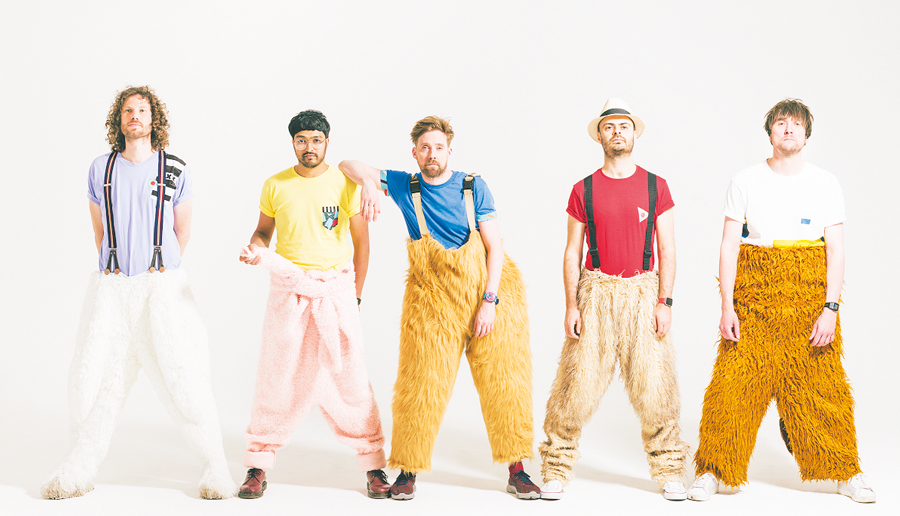 The Jockey Club Live and Aintree Racecourse are proud to reveal that KAISER CHIEFS are the latest act announced to be headlining an open-air concert at the racecourse this summer. Featuring a full headlining show, the band will be taking centre stage on Friday, 19th May 2017. They join previously announced Jess Glynne who will be headlining on Friday, 16th June 2017.

Kaiser Chiefs are undoubtedly one of the best live bands the UK has produced in the past decade, the Brit Award-winning, multimillion selling band’s new album ‘Stay Together’ marks the bands sixth top 10 album and they are about to take on a UK Arena tour and play all the major festivals of Europe and beyond. The band first shot to recognition with their breakout hit ‘I Predict A Riot’ followed by smashes such as ‘Oh My God’, ‘Everyday I Love You Less and Less’, ‘Modern Way’, the #1 single ‘Ruby’, ‘Coming Home’ and last years ‘Hole In My Soul’ and ‘Parachute’. The band’s irrepressible frontman, Ricky Wilson, was the first coach on The Voice UK to mentor the winning acts two years in a row in 2015 and 2016.  We asked him about playing Aintree again and what keeps bringing them back: He told us “It was surprisingly good. So when we first got an offer, it was quite a few years ago now, 2014 I guess, maybe ’13 to play in York at the races and we thought, okay, it might be fine, we’ll see how it is. Y’know what I mean? And then we turned up and I think there was like 27,000 people there or something crazy, it was like a festival but only we were playing, so we loved it. So, we did some more the year after I think and then the year after and we’ll do a couple more this year. I think everyone has a good day out and it’s just a different thing”. We also asked the band if there was anything they would dare not to play at the gig: “‘Dare not’ is an interesting question really. One of the things about our band and I think it’s kind of unique in a way is that we are a band really where we like to play a gig and we want everyone to have a good time. I think, not playing big songs is sort of a bit selfish really for the people who have got tickets to come see us. So, I don’t think we’d ever do it. I don’t think it’s a matter of not daring to, I think we feel like we’ve written some songs, some great songs that everyone likes and we love the reaction, still when we play ‘I Predict A Riot’, ‘Ruby’ and other songs. The reaction is still amazing, do you know what I mean? Even for those ones that are quite old now. We love that reaction, so why would we not play them?”

Open-air concerts at Aintree Racecourse offer a value for money experience unlike any other this summer. Alongside show-stopping headlining performances by some of the world’s biggest artists, the action kicks off earlier in the day with a six-race card – giving fans the chance to witness powerful equine athletes who are stars and enjoy the thrilling drama and spectacle of them racing for glory.

Tickets are available now via;

There will be hospitality packages available to suit all budgets. Yorkshire Reporter have an exclusive competition for one of our readers to win two tickets to the event at Aintree.