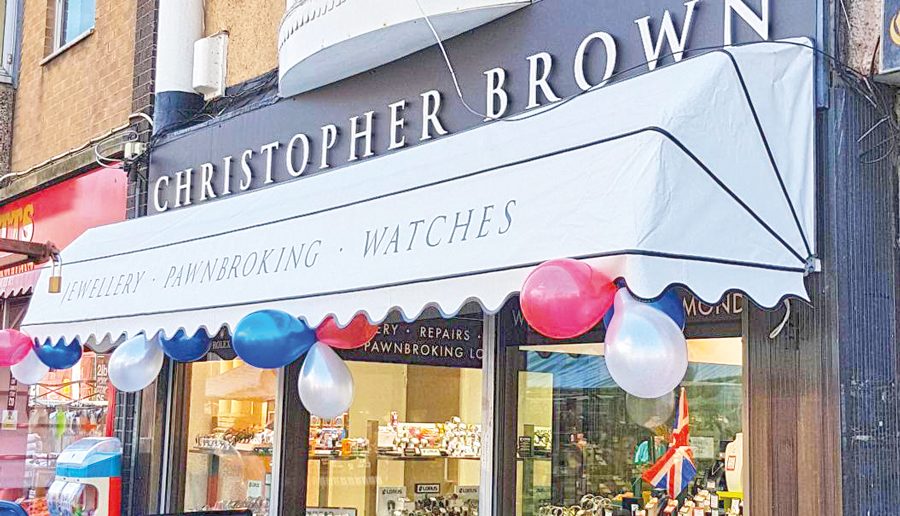 April and May have once again been big lending months. On top of that Gold Buying seems to have gone crazy – it’s like 2012 all over again!

Gold price remains high and I believe people are realising now is the time to take advantage of that and sell their unwanted and scrap gold. Times are hard out there with petrol pump prices reaching new heights and inflation on most items we purchase due to the BREXIT effect while wages are limping somewhere behind.

We recently opened new branches in York city centre and Pontefract and I have introduced pawnbroking into both. When my father joined our old family business Herbert Brown back in 1953, he started as the manager of the original Pontefract store then called Grandidges. This was the flagship of the family business and one of twenty plus stores owned by the group at the time. This store was eventually sold for development and a new one opened up on Ropergate which subsequently closed about 5 years ago. What’s lovely is that with my store being called Christopher Brown, customers are noticing the pawnbroking balls hanging once again in the town centre and saying it feels like it has gone full circle and the original family Jewellers and Pawnbrokers has arrived back into town.

We have received so many lovely stories from old customers who remember this store and they seem delighted I have opened up once again in this lovely market town.

Lending seems as strong as ever and one lady needed £540 to pay her car insurance and loaned against a gold curb bracelet. Another wanted to redecorate and modernise the living room of her house to help it to sell and borrowed £1020. A gentleman wanting to help his cash flow while waiting for an insurance cheque has borrowed £2460 against various jewellery and some Mont Blanc fountain pens. Nearly all of the items we lend on are collected and  over 80% of pawnbroking customers redeem their goods. We will buy, value or lend against any jewellery and most valuables so bring them down to your local Brown & Gold store at Batley, Seacroft or Christopher Brown Jewellers in Shipley, York or Pontefract and let us help your cash flow needs.