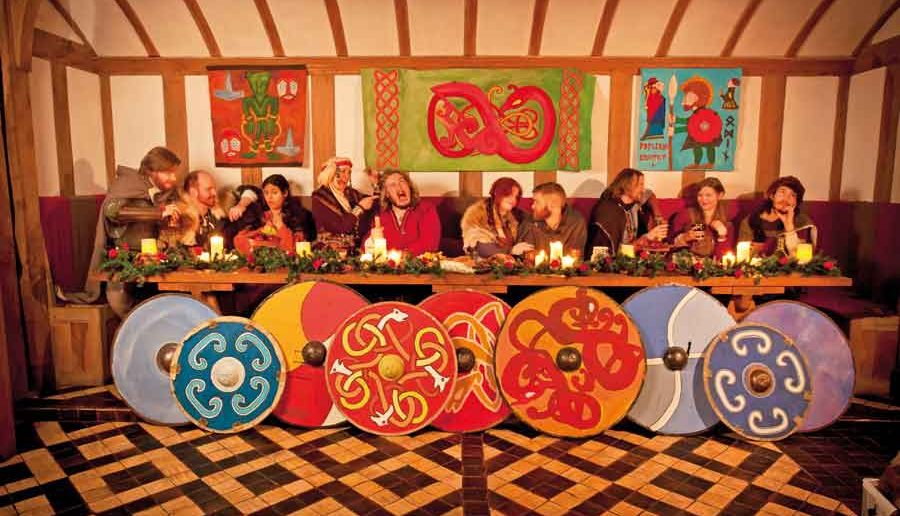 This month York celebrates its heritage with the return of the week long annual Jorvik Viking Festival from the 20th – 26th. The festival is the largest in Europe and there are plenty of events running all week for you to get involved in. Vikings will descend on the city from across the globe providing family friendly entertainment, lectures, guided walks and battle re-enactments.
This year’s festival focusses on the fall of Eric Bloodaxe – the last Viking King in York. After being ousted by his younger brother from the throne in Norway, he fled to Britain. He was made king of Northumbria and lived in a palace in York. He was expelled from the city in 954AD when York and Northumbria became part of a united Anglo-Saxon kingdom.
Children as young as 2 can get involved in the festival with Little Diggers: Viking Toys and Games. They can see what toys the Viking children played with and try their hand at some games from the time. Children can also learn about animal steading from the Viking period, or for the more daring there is have a go sword combat where they can practise the art of sword fighting and take part in their own battle! For children who prefer less hand to hand combat they can try archery too.
For all the family to enjoy is the week-long Coppergate Encampment where you can join in the hustle and bustle of Viking life in this living history settlement.
Adults can take part in a variety of activities too. There are guided history walks, including the Festival Walking Tour – 2000 years of history in 2000 steps. You can have a go at Viking crafting such as Norse Tablet Weaving for both beginners and the more advanced. The more academic among you will enjoy talks from leading experts, and if you are a budding Viking yourself, why not enter the best beard competition?
The festival ends in spectacular fashion with the finale at Rawcliffe Park. The Battle of Stainmore is recreated with Viking warriors, pyrotechnics and sound effects. Musician Einar Selvik will perform too to create a fitting finale to the saga.
Many of the events taking place are free to enjoy, while some must be pre-booked. For more information including a full timetable of events, or to book tickets visit their website
www.jorvik-viking-festival.co.uk or call 01904 615505
Enjoy the event, we’ll see you there!