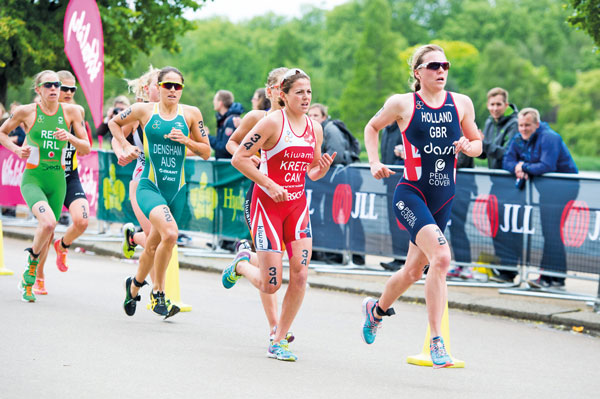 JLL has confirmed its sponsorship of the Columbia Threadneedle World Triathlon Leeds. The financial and professional services firm will continue its investment in triathlon as the prestigious ITU World Triathlon Series visits Leeds for the first time on 11-12 June 2016.

JLL, which has an office in Leeds, has already established a strong presence within the sport of triathlon as a result of their sponsorship of the 2015 ITU World Triathlon London, double world champion Helen Jenkins and hosting its own JLL Property Triathlons including its annual event at Dorney Lake near Windsor which is now one of the UK’s top five largest triathlons. JLL’s partnership with the 2016 Columbia Threadneedle World Triathlon Leeds will strengthen its footprint within the sport and provide a platform for its employees and clients to compete on the same stage as the world’s greatest triathletes.

The Columbia Threadneedle World Triathlon Leeds will offer the final opportunity to see Britain’s leading triathletes, including the Brownlee brothers, Non Stanford and Vicky Holland, compete on home soil before they head to the Rio 2016 Olympic Games. Amateur athletes will also be able to compete on the same course – entries opened on 18 August and are available via www.leeds.triathlon.org only a limited amount of entries now remain across the olympic, sprint and beginner distances.

Jeff Pearey, Lead Director of JLL’s North East business, based in Leeds, commented: “We were proud to be the first property firm to partner the 2015 ITU World Triathlon Series in London and are delighted to extend our partnership of the global ITU series as main sponsor of 2016 Columbia Threadneedle World Triathlon Leeds.

“The triathlon is set to be a fantastic event which will showcase the city and Yorkshire to a global audience and we are excited that our clients and employees will have a unique opportunity to be part of this. Triathlon is one of the fastest growing sports bringing people of all ages and ability together. This event is not just for elite competitors – I would encourage those who have never taken part in a triathlon before to give it a go next year.”

British Triathlon Chief Executive, Jack Buckner added: “It’s fantastic to welcome JLL as a main partner. There’s a tremendous buzz about this event, and to see the commercial sector backing it adds to the prospect of this being a spectacular event for elite athletes, spectators, volunteers and thousands of amateur competitors.”

Leader of Leeds City Council Councillor Judith Blake said: “It is very pleasing to see another major sponsor wanting to be part of the World Triathlon Series event in Leeds next year, especially a company like JLL which has a strong presence in the city. It is a measure of the excitement already around the event, which is shaping up to be another must-see weekend for Leeds.”