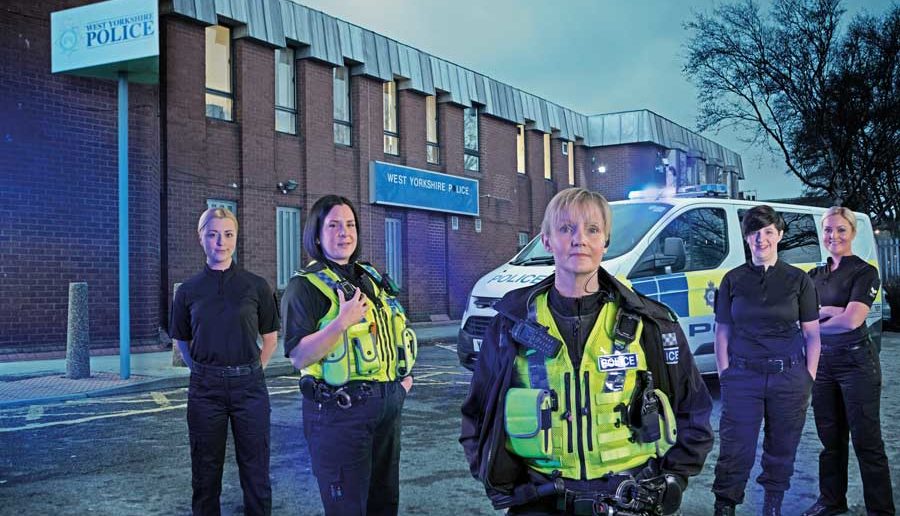 Inspirational women working on the front line of policing in West Yorkshire will star in a new six-part television documentary series from UKTV’s W channel.

The Shift: Women on the Force is an original documentary series from UKTV that delves into the professional and personal lives of hard-working women across all levels of West Yorkshire Police, from Police Constables to Trainee Investigators.

The show – which airs on W on March 15th – explores the challenges they face in their day-to-day roles, whilst offering insight into how the demanding job impacts their personal lives and their loved ones, as well as their mental health.

West Yorkshire Police has more than 1,600 female police officers on duty, ranging from Immediate Response Teams to CID, Neighbourhood Police or Operational Units, and recent figures show the proportion of female police officers in England and Wales has increased from 7% in 1977 to 30% in 2018. However, men still dominate senior positions by over 80%.

Dee Collins, Chief Constable at West Yorkshire Police, said: “From a service that has in the past been portrayed as male-dominated and masculine, we’ve seen a sea change and today some the UK’s most high-profile senior police officers are women. But clearly we need to be enabling more women to fulfil their careers in policing. Inclusion is really important to West Yorkshire Police and a vital ingredient for the future policing of our communities and I am really keen to build a more diverse workforce.”

Helen Nightingale, Senior Commissioning Editor at UKTV, said: “We hope this ground-breaking documentary series really makes you stop and think about the people behind the uniform.

“Each episode offers a rare insight into the incredible challenges these brave officers face every single day, and how the intensity of their job can have a significant impact not only on themselves but on their loved ones too.

“An entire series exploring policing through the eyes of women on the force hasn’t been done before and it really offers a unique perspective.

“These inspiring women put themselves in danger at the frontline, fighting to ensure all of our safety, and it’s often a thankless job that people take for granted. We hope this shines a light on all the hard work they do both on the streets of West Yorkshire and behind the scenes to keep us all safe.”

Police Constable Gemma Sharman, 31, is one of the inspiring women featured in the series, and is one of just two female officers on a Neighbourhood Policing Team in Bradford. She speaks openly about her experience of PTSD after attending a suicide incident. Through West Yorkshire Police, Gemma received counselling and support and has recently returned to her role.

Police Constable Laura Gargett, 48, is also featured in the show. The mum-of-two has 10 years of experience in the force and is part of a uniformed Response Team dealing with urgent 999 calls in Bradford, based at Keighley Police Station. Between dealing with a street disturbance on the city’s streets and taking a new recruit under her wing, Laura also speaks about the breakdown of her marriage, which she blames partly on her commitment to the job and the irregular hours.

The six-part series will air on Fridays at 10pm starting on March 15th.