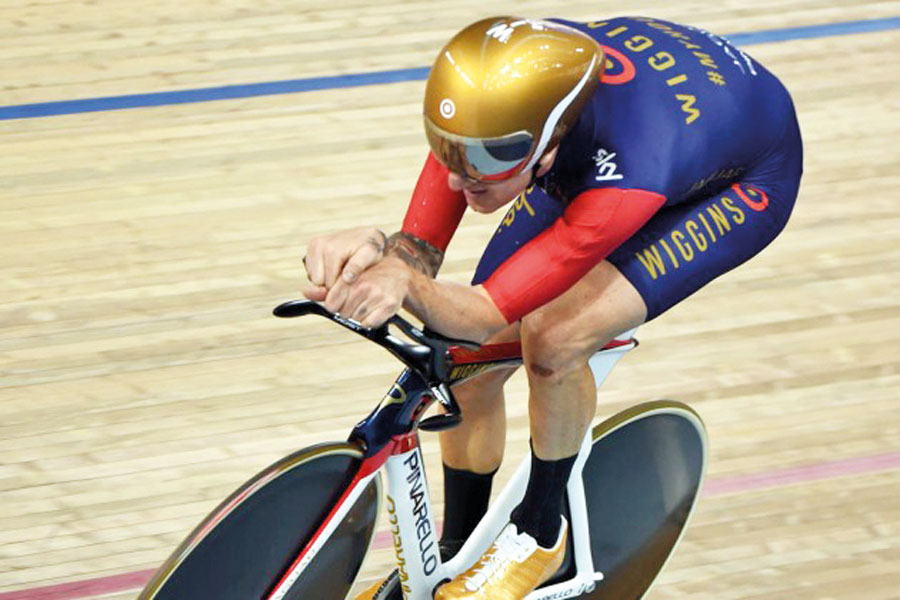 The Red Hot Chilli Peppers were headlining the Leeds Festival at Bramham Park over the bank holiday weekend. I decided to get in the mood by listening to some old albums when I heard these lyrics in their Bicycle Song from 2002. How true the comment is and how far the invention has developed over the years.
The first bicycle design was patented in 1817 by a German civil servant called Baron Karl von Drais. The bicycle, nicknamed the “Dandy horse”, was made almost entirely of wood and weighed 22kg. On his first outing he covered approximately 13 kilometres in an hour.
Almost 200 years later, bicycle design had moved on to such an extent that on May 2nd 2015 Sir Bradley Wiggins was able to beat the world record by covering a massive 54.526 kilometres in one hour.
The bicycle industry is unusual in that it doesn’t work to calendar years.
All the leading manufacturers launch their new ranges in the middle of the year and we are now starting to receive our 2017 stock. Some models change substantially from year to year and, as a rule, the technology that has recently helped the British cyclists do so well in the Rio Olympics will start to be seen on consumer products within 2-3 years. Maybe it won’t be too long before we all have the potential to beat Sir Bradleys hour record.
Our industry is a multi-national one and the products that we sell are imported from all over the world. The recent Brexit vote, which has led to a substantial fall in the value of the British currency, is having an impact on the price of bicycles for the 2017 season. At the same time, manufacturers have been attempting to clear their warehouses of the 2016 stock, in order to make space for the new bikes that are arriving.
At The Bike Shop, we have used our buying power to bulk purchase surplus stock from leading brands including Specialized and Marin. We currently have a great range of Road bikes, Mountain bikes, Hybrids and children’s bikes all at discounts of 25% or more. So, if you have been thinking about buying a bike for some time, the next few weeks should see some of the best value bikes that you are likely to see for sometime.
As the summer holidays come to a close, I hardly dare remind you that XMAS is just around the corner. Our Xmas club has been running since January and a number of you have already ordered your children’s bikes from Santa. A small deposit secures the bike of your choice and we will then store it and build it for you ready for collection before the big day. With the clearance offers currently in store, there has never been a better time to shop early.
We hope to see you at The Bike Shop soon, or check our offers at: www.leedsbicycle.com.