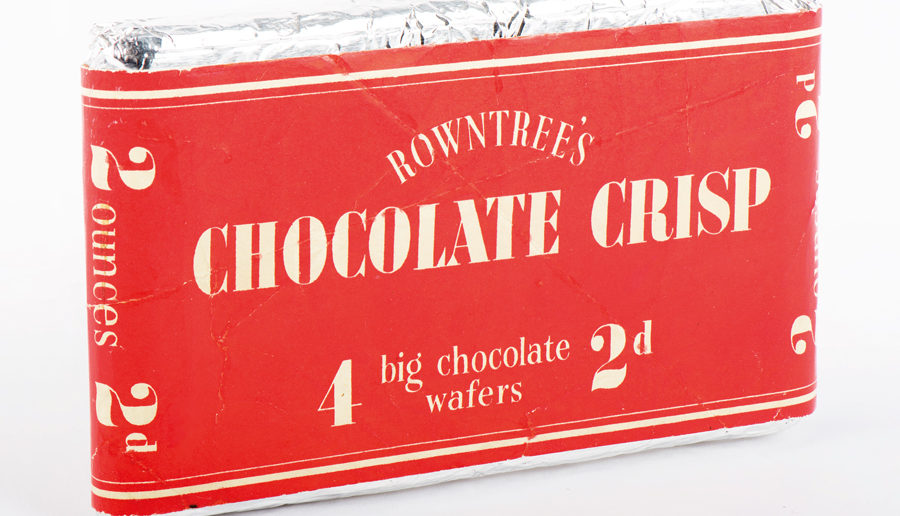 Chocolate, who can resist it, especially at Christmas when stores are almost bursting at the seams with such a huge variety in all shapes and sizes, a feast for the eyes even? But who were those Yorkshire people who had the foresight and the ‘nouse’ as they say here in Yorkshire, to bring this product to us? Well, one was Henry Isaac Rowntree arguably the most famous, born in York in 1837. His father had set up a grocer’s shop ten years earlier in the city, but Henry realised that he wouldn’t inherit the business, so he decided on an apprenticeship with the Tuke family whose business dealt in tea, cocoa and coffee, set up by Mary Tuke in 1725.

Rowntree’s was founded in 1862 when Henry Rowntree acquired the cocoa part of Tuke’s business, but he wasn’t the ‘sharpest knife in the drawer’ as far as business and money was concerned and he nearly went bankrupt. In 1869 his brother Joseph was called in to sort out the business and rescue it. He began working with Henry at his works on Tanner’s Moat by the River Ouse in that year. The great thing about all this was the fact that the staff ‘mucked’ in together to keep it going. In 1883 Henry Rowntree died leaving the business to Joseph to expand, buying land in 1890 to build a factory on Haxby Road, York. By 1935, perhaps their most famous product was Kit Kat then known as Chocolate Crisp and of course Smarties which had evolved having been around since 1882. Other products included ‘Black Magic’,’ ‘Aero’ and numerous other confectionary. Joseph Rowntree died in 1925, and in 1988 the company was swallowed up by Nestlé. Joseph Terry was another of York’s chocolate pioneers. He was born in Pocklington in 1793 later becoming an apprentice apothecary in Stonegate. During this time, he met and later married Harriet Atkinson in 1823. Harriet was related to Robert Berry who had a small confectionary business running since 1767 (hence the date on your box of All Gold). Joseph Terry left his business and went into partnership with Berry in St Helen’s Square.

Not long after this, Robert Berry died, and his son joined the business which amusingly became known as ‘Terry and Berry’. This partnership didn’t last however, as Joseph found himself alone in the business and by the time of his death in 1850, the name ‘Terry’s’ had become famous throughout the country.

Some of ‘Terry’s’ delights were the ‘Dessert Chocolate Apple in 1926, ‘All Gold,’ introduced in 1931, and the legendary ‘Chocolate Orange’. Mackintosh’s Celebrated Toffee started its sweet life in 1890 in a pastry shop in Halifax run by John Mackintosh and his wife Violet. Six years later he had become so successful that he self-styled himself as the ‘Toffee King’ introducing the products to America in the 1920s telling them that:

“I am John Mackintosh the ‘Toffee King, Sovereign of Pleasure, Emperor of Joy. My old English candy tickles my millions of subjects…I was crowned by the lovers of good things to eat…I am the world’s largest consumer of butter, my own herd of prize cattle graze on the Yorkshire hills. I buy sugar by the trainload. I am John Mackintosh, Toffee King of England and I rule alone.”

After the death of John Mackintosh in 1920, his son Harold took over the business, and over the years, Mackintosh’s manufactured several different products, but possibly the most famous was ‘Quality Street,’ with that famous picture on the packaging of the sweets, the soldier and his lady-friend. Mackintosh placed an advertisement in the Daily Mail on the 2nd of May 1936 depicting ‘Miss Sweetly trying to tempt ‘Major Quality’ with a tin of the sweets:

“Sweets to the sweet Miss Sweetly,” asks the Major, to which she replies, “spare my blushes Major Quality, feast your eyes rather on this array of toffees and chocolates…’tis the most momentous thing that has yet happened in the world of other things.” She gives him a ‘toffee cream brazil’ which he declares “a veritable triumph!” The name ‘Quality Street’ was taken from a play of the same name by the creator of Peter Pan, J.M Barrie. The two characters on the tins, Major Quality and Miss Sweetly were based on two of the main players, Valentine Brown and Phoebe Throssell. In 1969, Mackintosh was taken over by Rowntree and later in 1988, Nestlé took over.

So, come Christmas morning, try to remember the ‘pioneers’ of this wonderful industry and imagine Christmas without a ‘stash’ of chocolate. Doesn’t bear thinking about, does it?