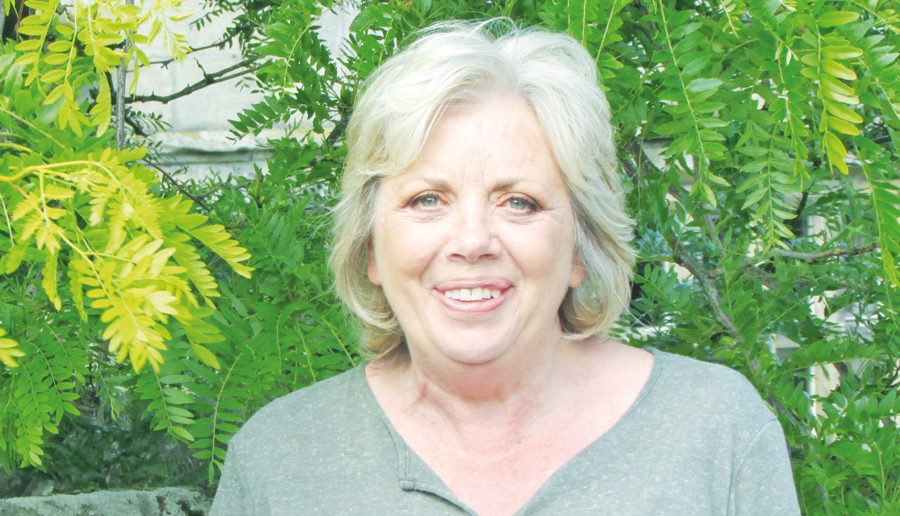 Chest pain, heartburn, coughing and sleep disruption – around one in 10 people are thought to experience symptoms of acid reflux on a daily basis. If left untreated it can result in permanent damage to the oesophagus, cause ulcers, or even throat cancer.

Chris Ellison, 67, a recently retired beauty therapist from Pontefract suffered with the symptoms of reflux for more than 40 years before finding a long-term solution. She was diagnosed with GORD, (Gastro-Oesophageal Reflux Disease) a chronic, often progressive condition that allows acid to flow back from the stomach into the throat after eating.

Today she is symptom free after undergoing a treatment option for GORD, offered by Spire Leeds Hospital. The LINX system reduces or eliminates symptoms through a simple reversible procedure using laparoscopic or keyhole surgery.

The problem first started 43 years ago when Chris was pregnant with her son. Then, over the years she often used to wake up in the middle of the night with dyspepsia, heartburn, choking cough and sore throat. Sometimes the symptoms were so bad she had to sleep in an upright position in a chair.

“My cough would wake me in the early hours. I never got a full night’s sleep. Just lying down was enough to trigger it, but certain foods would make it worse – pastry, fruit, chocolate and anything sweet. It becomes a chronic condition and can cause depression because you are not able to live a full life, ” she said.

Chris had two endoscopies. The first time she was diagnosed with a hiatus hernia, where part of the stomach protrudes above the diaphragm into the chest, squeezing the stomach contents back up, and the second endoscopy revealed gastritis and a stomach ulcer.

Over the years she tried various PPI (Proton Pump Inhibitors) but found their side effects intolerable. Also, although a previous cancer had been successfully eradicated in 2002 Chris was nevertheless concerned that she might develop Barrett’s oesophagus as a result of the relentless acid reflux.

Then in 2014 her condition reached a crisis point. “I was suffering severe side effects from all the medications and I didn’t want to have to take them for the rest of my life. I felt if I could treat the cause of the reflux rather than manage the symptoms I would be in a better position,” she said.

Chris researched the options and discovered the LINX procedure offered by Spire Leeds Hospital. She mentioned it to her GP, who had not heard of it as it wasn’t available on the NHS. She was so concerned about her health she decided to pay for the treatment privately.

She underwent the LINX procedure in July 2016 under the care of Mr Simon Dexter, consultant in upper gastro-intestinal and minimally invasive surgery at Spire Leeds Hospital. Surgery was also done at the same time to repair her 5cm hernia.

LINX system procedure involves a small flexible band of interlinked titanium beads, which are placed around the oesophagus just above the stomach using minimally invasive surgery. The procedure, which is done under general anaesthetic, usually takes less than an hour and once placed the device starts to work immediately. Patients are usually able to return home the same day as surgery.

Commenting on the condition, Mr Dexter said, “GORD occurs when the sphincter, a valve between the stomach and gullet, doesn’t work properly, allowing stomach acid to rise back up the gullet causing heartburn. Normally the valve opens to allow food and fluid to pass into the stomach, and closes to prevent these flowing back up. The small flexible band of interlocked titanium beads has magnetic cores which help the valve resist opening to gastric pressures, creating a barrier to the reflux of acid and bile.

Straight after surgery Chris felt relief from her symptoms. Within two months she was eating normally. She can now eat what she wants, when she wants to. Her social life has improved and she can practice Pilates and enjoy her gardening without the debilitating pain of acid regurgitation. Her mental health has improved as she said being in chronic pain all of the time made her feel down and depressed.

Chris said, “I’ve never looked back since the surgery. It was a total success. I’ve had no acid reflux problems whatsoever, I can eat and drink what I want and don’t need to take any medications. I’m delighted with my new lease of life. I’ve just started my retirement and I’m determined to enjoy it.”