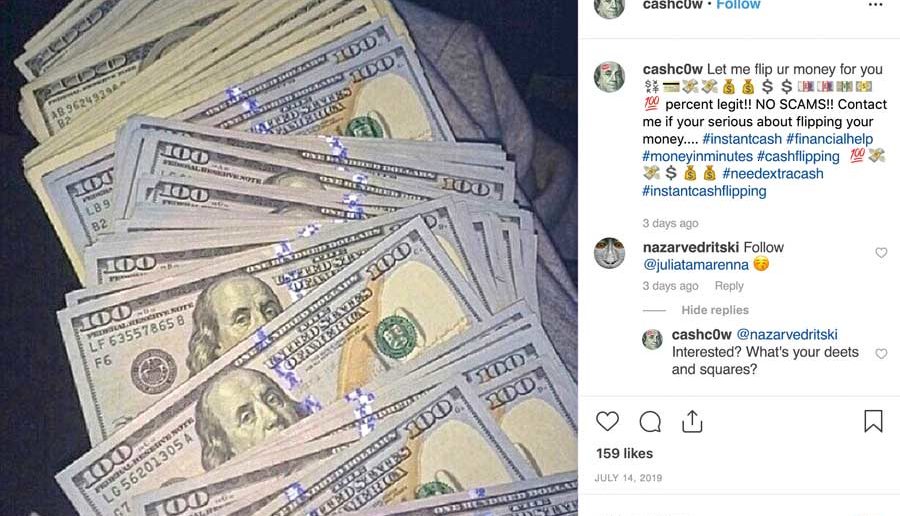 THE HASHTAGS THAT COULD LAND YOU IN JAIL

Research from Santander and former fraudster Tony Sales has exposed the dangerous hashtags on social media being used by criminals to recruit innocent – and particularly young – people into becoming money mules: a crime which can result in a criminal record and even a prison sentence of up to 14 years.

Money mules are people who allow criminals to use their bank accounts to transfer money associated with illegal activity often with the promise of payment in return.  According to new research released by Santander, 70% of people are unaware of what a money mule actually is, underlining just how vulnerable the majority of people are to money mule recruiters.

With the number of money mules increasing by 26% in the last year alone – 49% of whom are under 25 years old – Santander commissioned reformed scam artist Tony Sales to investigate how criminals use hashtags to lure people in to becoming money mules. In the process of his investigation, Sales identified ten hashtags that are commonly associated with money mule recruitment.

The ten hashtags that could land you in jail:

●
Almost a quarter (23%) of people said they would engage with and click on social media posts featuring these types of ‘easy money’ hashtags, with #PayPalFlip being the most tempting of those hashtags identified. This figure rises to 27% for the under 25s, an age group particularly targeted online by money mule recruiters;

●
15% of those polled admitted to having actually engaged with a post looking to recruit money mules, rising to 24% among under 25s;

●
10% of Brits have been directly approached on social media by a money mule recruiter. Of those, 18% went ahead with an illegal transaction;

●
A quarter of people (24%) either think there aren’t any punishments or don’t know what the penalties are for being a money mule.

Tony Sales, former fraudster, commented: “The hashtags used to recruit money mules act as bait and form part of a secret language used to entice people into criminal activity.  That’s why it’s so important to expose these hashtags for what they are – a fast track to a criminal record.”

Chris Ainsley, Head of Fraud Strategy at Santander, added: “It’s alarming to see not just how criminals prey on unsuspecting social media users, but how many people are unaware of what a money mule even is.  It takes just a few clicks to become embroiled in this type of crime, but the consequences can have a lifelong effect.”

1.
Glam can be a scam:  Be wary of accounts belonging to apparently glitzy users, offering an equally glamorous lifestyle at just a drop of a hat.   Don’t be fooled; life behind bars is anything but glam.

2.
Emotional extortion:  Fraudsters prey on your emotions, luring you in with everything from the promise of money to help with a family emergency, to a means to fund your latest trainer obsession. Be on your guard.  It’s not charity, it’s just another way to scam you.

3.
Shut it down: Spotted a dubious hashtag on social media?  Report it to the site owner who will be able to shut down the hashtag and block the accounts that were using it to recruit.

4.
Verify the vacancy: a job that looks too good to be true probably is – so play detective and double check.  Always take a look at the company’s website to ensure they exist. Fake job adverts advertising ‘mystery shoppers’ or ‘payment processing agents’, are just more ways that money launderers get hold of your bank details.

5.
Scammer under the hammer:  Fraudsters looking for money mules also operate on auction-style websites such as eBay, targeting victims by claiming they have paid twice for an item by accident and requesting that the money is transferred into a different bank account. No mistake, just another ploy to get hold of your bank details.

6.
Daylight robbery: Fraudsters don’t only prey online under the auspices of anonymous social media handles. They also recruit in person, such as waiting outside school gates offering children the promise of free food or goods in exchange for bank details. Stay alert and report any suspicions you might have.