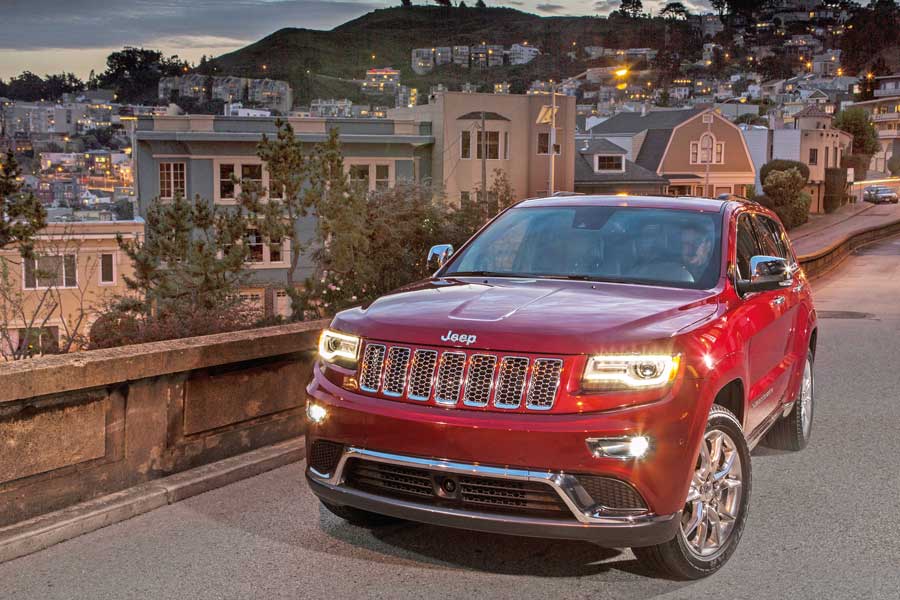 Further proof of Jeep’s growing reputation in the UK is shown today in a major survey on the best cars to own – the Grand Cherokee 4×4 is named as one of the ‘Top 10 Best Cars To Own’, while the Jeep brand is heralded as the ‘most improved’.The findings, from the Auto Express 2016 Driver Power Survey, put the Grand Cherokee in ninth position, out of more than 150 cars sold in the UK. The survey also shows how Jeep as a brand is now ranked in 11th place – up from last year’s 26th – thereby registering the best improvement. Comfort, practicality, technology and ease of driving are all highly rated by UK Jeep owners.
With an overall score of 91.99 per cent, the 250 hp 3.0-litre V6 turbo diesel Grand Cherokee has clearly impressed a large proportion of new and existing car owners, as Jeep continues to make great in-roads in the UK, in terms of sales.
In March this year, the brand registered 2597 cars – the greatest single month in its UK history. Last year Jeep capped a hugely successful 2015, increasing its sales, compared with 2014, by 137.2 per cent to a record-breaking 10,794, making it the fastest-growing car brand in the UK.
Among the Grand Cherokee’s highlights for ownership are its performance, ride quality, practicality and in-car technology, according to the survey.
The “big American off-roader continues to score well in most categories” says the survey. Owners “rate the Grand Cherokee fun and comfortable to drive.”
“Practicality matters for most SUV owners, and the car scored well here due to its large boot and roomy interior,” it concludes.
“We have been delighted with Jeep’s sales record in the UK recently, but that can only be sustained if Jeep owners are happy with their car,” says Damien Dally, head of brand, Jeep UK.
“We are naturally delighted to see that it appears to be the case. The Auto Express Driver Power Survey is a good gauge for us and this year the result is certainly a very positive one for Jeep.”
The Jeep Grand Cherokee cost £48,195 (OTR) for the 3.0 CRD V6 Overland, £51,995 (OTR) for the 3.0 CRD V6 Summit, and £65,995 (OTR) for the 6.4 V8 Hemi SRT.