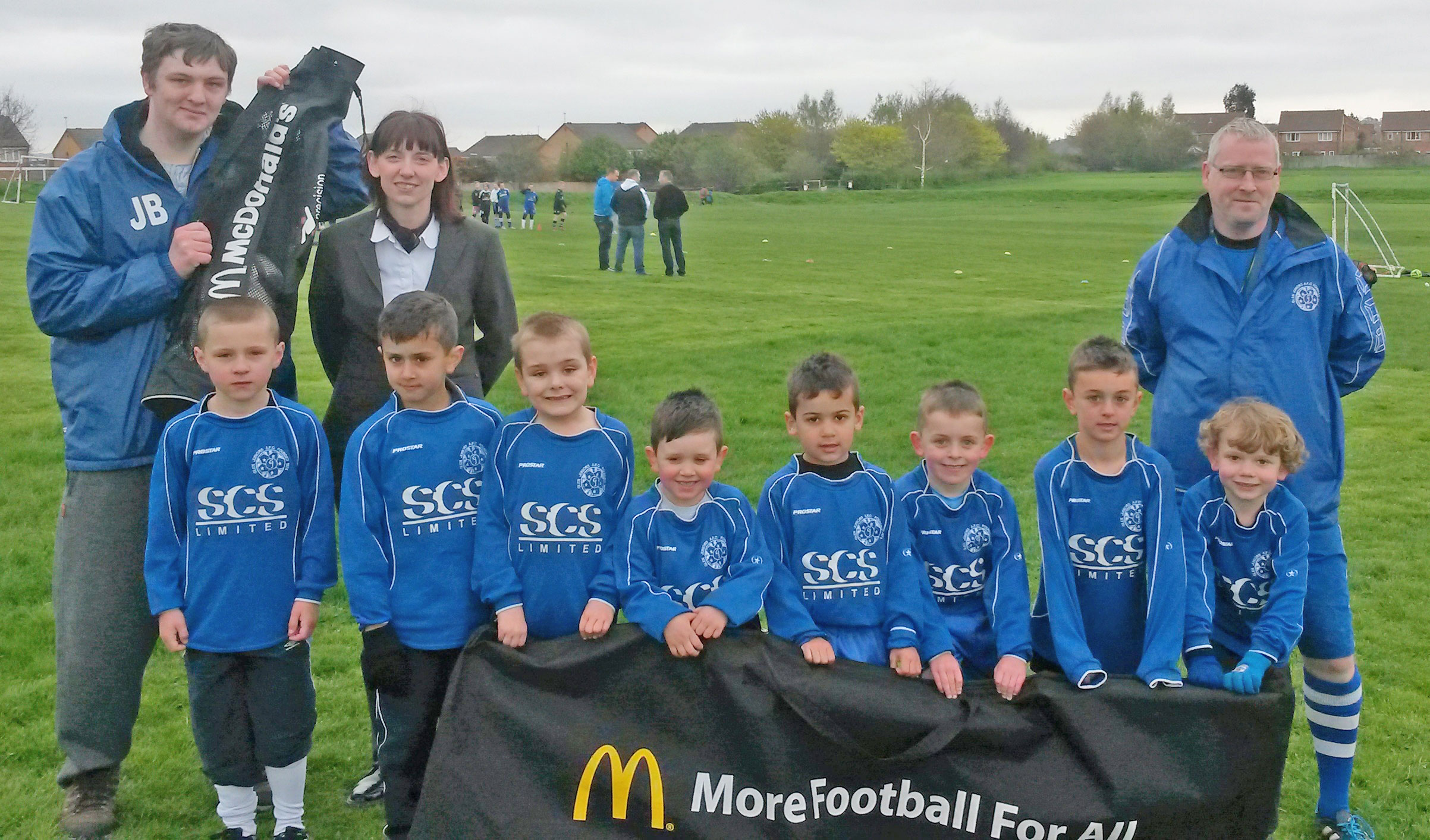 Local football club Glen Juniors AFC has been given a helping hand by the McDonald’s restaurant in Morley, which has donated brand new football equipment to the new under six’s nursery team.

The staff at the restaurant, which is situated in ASDA on Cooperative Road, have also offered to support the club including help with pitch preparation and upkeep as part of the McDonald’s Community Football Programme. McDonald’s has been Community Partner with The FA for 13 years and has renewed a four-year programme focusing on supporting accredited grassroots clubs. Their volunteers help raise the standards of football across England and improve the experience for young aspiring footballers.

Debi Colley, Business Manager at McDonald’s, Morley and keen supporter of community football, said: “Glen Juniors AFC is a fantastic example of a well-run club, which offers football to all in the local community. We are very much looking forward to watching the new nursery team progress as they grow through the ranks during their time at the FA Charter Standard Club.”

Founded in 1974, Glen Juniors AFC offers football to teams from under six’s through to under 16’s. The teams compete in a number of leagues including the Garforth Junior League and has an emphasis of making football fun and enjoyable for all involved.

John Baldwin, Club Secretary and Football Development Officer of Glen Juniors AFC added: “We are incredibly grateful for McDonald’s donation which has provided a real boost to the club. The team loves their equipment and hopefully we will be able to put it to good use over the coming weeks.”

Sir Geoff Hurst, McDonald’s Director of Football says, “Initiatives like the McDonald’s Community Football Programme help clubs to provide the right training tools and kit so that they can continue to offer a great standard of grassroots football to the young people in their community.  It is fantastic to see that Glen Juniors AFC and local McDonald’s restaurants are investing in players from such a young age.”

The club are currently looking for new team members of all ages both boys and girls as well as coaches. For more information please visit www.glenjuniors.co.uk/.