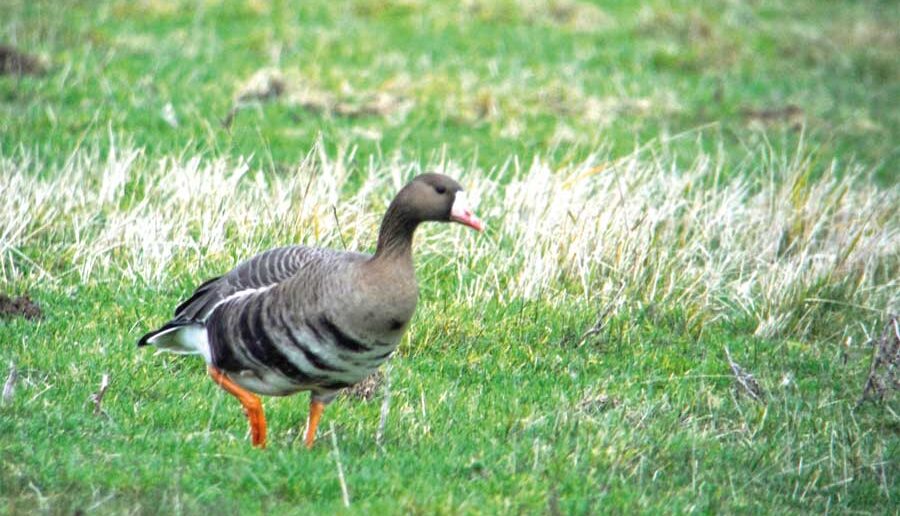 From Breeding Birds To Foraging Flocks

It’s all change out there now that we’re into September. Birds are on the move and anything could turn up on your local birdwatching patch. It’s a great time to check your garden shrubs and feeders for something new. Maybe a passing pied flycatcher or a redstart could stop and feed as it migrates south to Africa. During autumn migration anything is possible.

While our summer migrants are leaving their breeding grounds and heading south, huge flocks of wildfowl and waders are making their way to us from further north. They come here to feed in fields, wetlands and estuaries to escape the early sub-zero temperatures in eastern Canada, Greenland, Iceland, Scandinavia and northern Russia. Britain is so much warmer in comparison. There’s nothing I love more than the sound of my first pink-footed geese of the season. Their ‘wink wink’ calls and their characteristic string formation is truly a sign that autumn is here.

It’s always a thrill to search through the flocks in the hope of finding a scarcer white-fronted goose or even the rarer bean goose. White-fronted geese can originate from Greenland or from Arctic Russia. The Greenland race has a small orange beak while the race from Arctic Russia has a pink beak. Both have the characteristic white band above the beak and both have dark, striated bellies. Bean geese, from Arctic Russia and Scandinavia, can also be seen in two forms but are more difficult to distinguish from pink-footed goose.

In coastal areas, brent geese flock to feed on eelgrass. These are very small compact geese, about the the size of a shelduck, and can be seen in two forms. Flocks of dark-bellied brents from Siberia migrate to south and south-east England while pale-bellied brents from Svalbard, Greenland and Canada favour north-east England and Ireland. With luck they’re sometimes accompanied by individuals from America, the black brants. Brent geese often arrive with trailing flocks of wigeon. Teal, goldeneye and pintail numbers start to increase on our wetlands and goosanders move from rivers to large open lakes to feed.

Our winter swans are also on the move. Whooper swans are making their way from Iceland and dispersing across the country. Bewick’s swans (now called tundra swans) have begun their much longer journey from the tundra region above Siberia, through Estonia, Denmark and the Netherlands. The majority of tundra swans can now be seen in places such as WWT Slimbridge and the Ouse Washes but, in the past, they had a much broader migration front and were regular visitors to the Lower Derwent Valley in Yorkshire. Some still make it there from time to time.

You will have noticed that our hedgerows are now laden with berries in readiness for the huge flocks of hungry thrushes, starlings and woodpigeons that wing their way from the continent. Very soon, the first redwings and fieldfares will be arriving in the east of Yorkshire. Listen out for the characteristic ‘tseep’ of redwing as they disperse eastwards on still and starry nights.

Joining them on the mass exodus westwards across the North Sea will be countless numbers of finches and goldcrest. The goldcrest is our smallest resident bird which breeds in tall pine trees in the UK and across the whole of Europe. As the temperature drops, our resident birds descend to feed in the lower canopy, often visiting gardens, while continental birds make the journey to our shores to spend the winter in Britain. If the weather conditions are right and winds are favourable, it’s possible to see a spectacular ‘fall’ of birds in key places on the east coast such as Spurn Point. Happy autumn birding everyone!