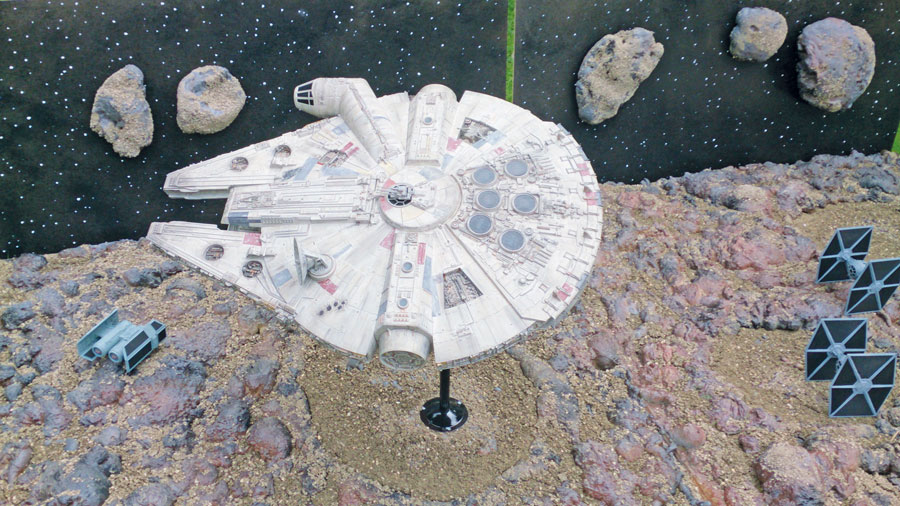 For The Love Of The Force Fan Convention 4Th – 6Th December

Star Wars fans are probably the most passionate fans in the world. For nearly as long as Star Wars has existed, there have been fan conventions where avid supporters can get dressed up as their favourite character, meet some of the actors and purchase all manner of Star Wars merchandise. Next month, a fan convention with a difference is taking place from the 4th – 6th December in Manchester, situated at the Bowlers Exhibition Centre.
For The Love Of The Force is a fan convention brought to you by true Star Wars fans, for true Star Wars fans. This is an independent convention not connected with Lucasfilm but this may be a good thing! Andrew Kleek, the Managing Director of For The Love Of The Force is a fan much like all Star Wars fans – he grew up with the films and has spent much of his childhood (and adult years) collecting figures, toys and other memorabilia. After attending various fan conventions over the years, Andrew grew tired of them being little more than glorified toy fairs and decided to organise something that true fans would absolutely love.
Yes there are stalls, yes there are meet and greets with special guests from the movies including Darth Vader actor Dave Prowse. But here’s where it gets interesting. As you enter the arena you will be confronted by the sight of a full size Scout Walker towering nearly 7 metres high in the Endor Battle scene. Luke Skywalker’s RED 5 X-Wing will also be constructed in its magnificent 39ft long x 8ft high full size. The Mos Eisley Cantina will be recreated complete with all the creatures, the band and even the blue milk cocktails! A full size Jabba the Hutt puppet complete with Salacious Crumb are being built to specification in Jabba’s Palace, and elevated 12ft in the air is the biggest Ewok Village of its kind to be built in the UK. These are just some of the amazing attractions on offer at the event and it is sure to be out of this world! All the reconstructed props are being built with minute attention to detail, using highly detailed ILM reference photos of the original models and blueprints. All this and much more is set to Star Wars score music performed by the Piccadilly Symphony Orchestra.
For more information call 07775 33 00 92, email info@fortheloveoftheforce.com or to book a ticket visit
www.fortheloveoftheforce.com