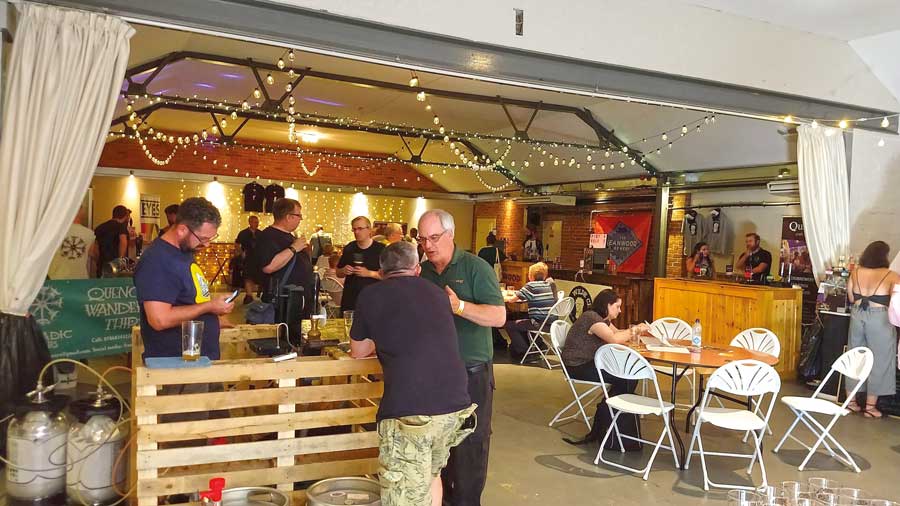 Festival of Brewers is taking place on Saturday 23rd November. The Brewer’s Market-style event will be hosted at New Craven Hall in Leeds. Ten small, independent producers are featured.

“It’s fantastic to be able to run this festival for a second year” said Founder and Organiser Mike Hampshire. “I had breweries from all over keen to be involved and I’m pleased I can now announce who is taking part”

Also featured will be The Cider Cask (Hebden Bridge), who specialise in providing ciders created by small, independent producers from across the UK.

Food will be available all day, from Gerhard’s Pretzels (Leeds) and The Pizza Trail (Doncaster). Vegan and vegetarian-friendly options are included.

“Like last year, I’m aiming to create an intimate event where people can come along, try some great drink and food, and meet the brilliant people who make them” said Mike.

“I’d also like to thank this year’s sponsors, including The Brewer’s Eye, who have been fantastic in their support for the festival.”

Festival of Brewers has two sessions on Saturday 23rd November. Session one takes place from 11am until 4:30pm, then session two from 5pm until 10:30pm. New Craven Hall is located just a 15 minute walk south of Leeds City Train Station and is easily accessible via public transport.