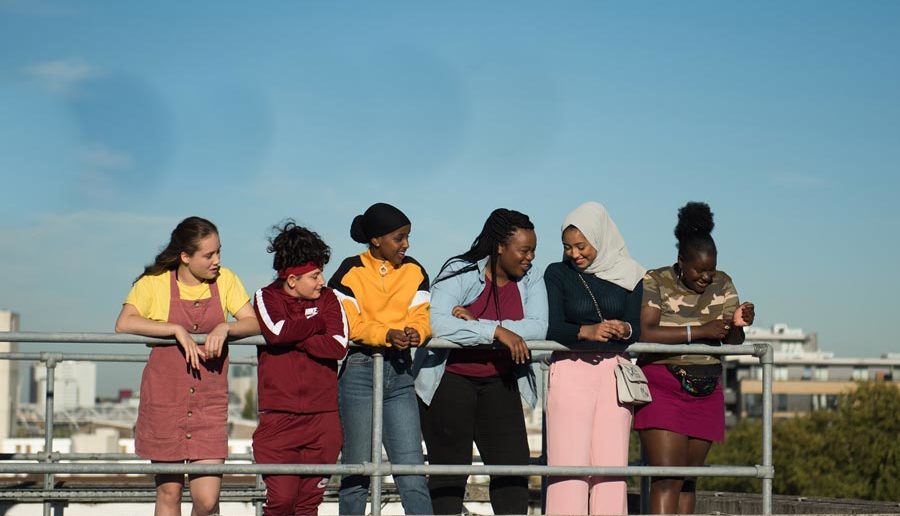 The festival, which began yesterday (6th November) runs until November 21, and opened at Leeds Town Hall with a special preview of Rocks directed by Sarah Gavron (Brick Lane, Suffragette). Rocks is a vivid portrait of British teen life and a love letter to sisterhood, created with a 75 per cent female cast and crew.

Rocks is a popular teenager with big dreams for the future, brilliant friends and an adoring little brother Emmanuel. But her world is turned upside down when her mother suddenly leaves. Rocks is one of the most acclaimed new British films of the year hailed by The Guardian as a ‘five-star triumph’ and Screen Daily as a ‘crashing success’. Several of the Rocks film crew will be attending the screening including Producer Ameenah Ayub Allen and Editor Maya Maffioli.

The festival also presents a unique retrospective programme that focuses on the unsung work of female film editors. Mother Cutter: Women Who Shaped Film includes many all-time classics including All About Eve (edited by Barbara McLean), Lawrence of Arabia (edited by Anne V. Coates), and Raging Bull (edited by Thelma Schoonmaker). The retrospective title is taken from the nickname for Verna Fields, the legendary editor of Jaws.

The LIFF 2019 programme features more than 300 screening and events across 16 days at at Leeds Town Hall, Hyde Park Picture House, Everyman Leeds, Vue in The Light and Belgrave Music Hall. The line-up includes local filmmaking talent from Leeds in the Yorkshire Short Film Competition including Standing in the Rain, a fascinating and moving documentary about the Slung Low theatre company’s take-over of the Holbeck working men’s club.

The festival also includes the latest feature from filmmaker Tom Waller who trained at the Leeds-based Northern Film School. The Cave is a gripping recreation of the dramatic rescue of the boys’ football team who were trapped in a flooded cave in Thailand in 2018 for 18 days. Tom Waller will be attending the screening of the film at Leeds Town Hall on November 10. Major new film releases have recently been added to the LIFF 2019 programme including Martin Scorsese’s The Irishman and Armando Iannucci’s The Personal History of David Copperfield. LIFF 2019 closes on November 21 at Leeds Town Hall with Taika Waititi’s satire Jojo Rabbit which has won the People’s Choice Award at the recent Toronto Film Festival. Councillor Judith Blake, leader of Leeds City Council, said: “Leeds International Film Festival is always a huge highlight in our city’s cultural calendar and each year it brings an eclectic and imaginative programme of films from across the globe to Leeds.

“Leeds has a long and illustrious history in the film industry and it’s always exciting to see film-lovers from different cultures and generations have the chance to be captivated and inspired by this prestigious, world class event.”

For more details about this year’s festival and programme, visit: https://www.leedsfilm.com/