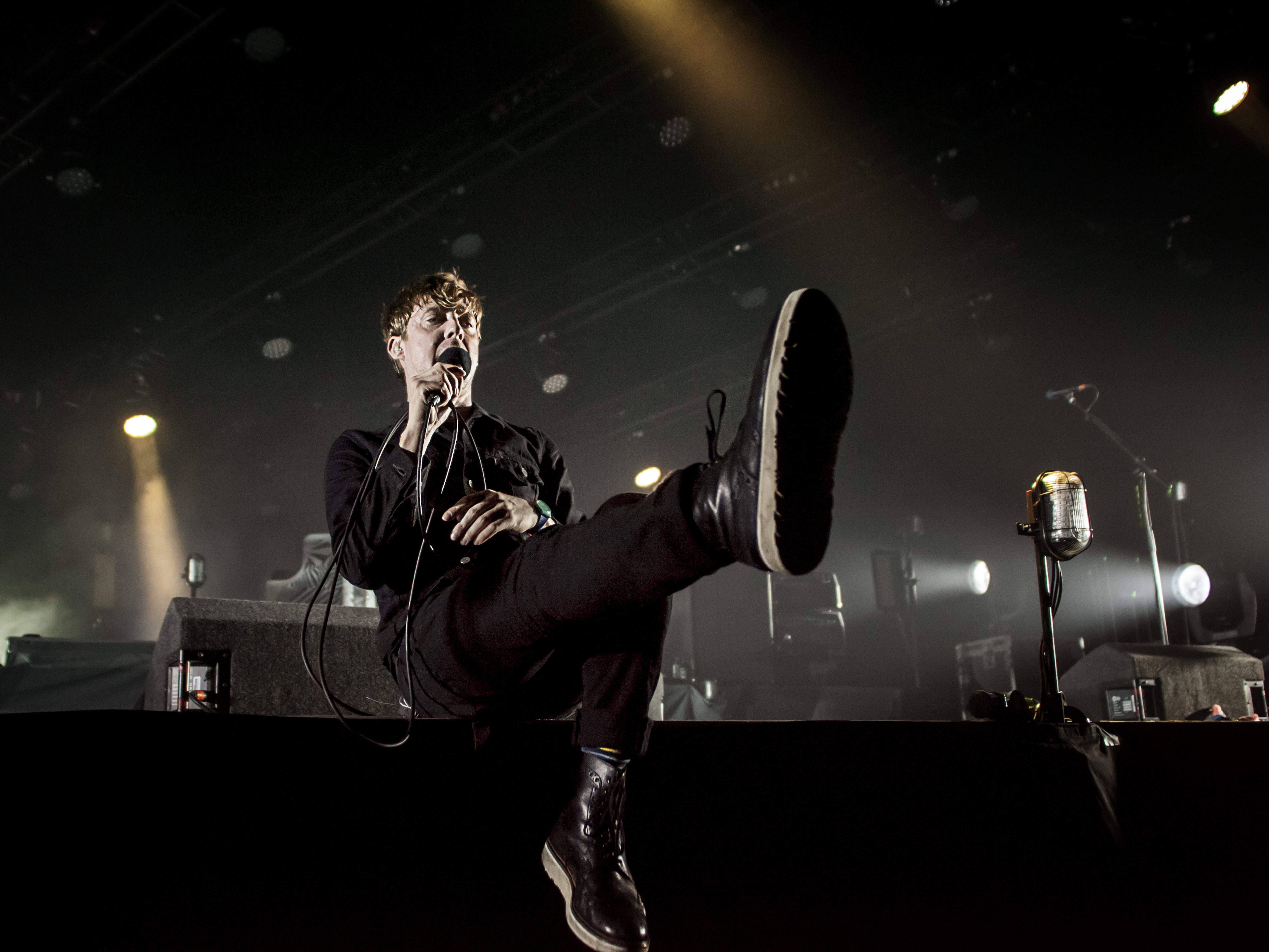 Leeds was teeming with brilliant music in February none more so than the homecoming concert at the arena by the Kaiser Chiefs. The five piece, led of course by Ricky Wilson, responded to the warmth and admiration of the full house by providing an enthusiastic and boisterous set with Wilson’s enjoyment clearly enhanced by a Leeds United victory over Millwall.

The Factory Gates from the new record Education, Education, Education and War set the pace that was not only maintained but increased by a couple of old hits. Everyday I Love You Less and Less and Everything Is Average Nowadays. All of the songs possess spirit, a mite overloaded perhaps in The Angry Mob but that was a neat piece of contrast before the mood turned into a celebration. Coming Home, a most appropriate choice closed the set before the encore of the new single Falling Awake and the fans favourite Oh My God ended the evening as a full victory for the Kaisers.

Toronto band Alvvays stormed in the Brudenell Social Club, picked the crowd up by their ears and shook them. Pure pop in its most primitive form.

Molly Rankin’s seductive vocal wooed everybody in the room: They have a great debut record laced with melancholy and beautiful moments which sums up their live appearance. Not sure how long it took Alvvays to record their record. It certainly wasn’t five years which was the gestation period for the Fryars (aka Ben Garrett) record. A terrific record it is too but such is the complexity of the record it needs to be listened to as records were listened to in a by gone age. After his set a few more might be on this journey after a strangely respectful audience eventually let their guard down on “Cool Like Me”. Not sure though any of us can be as cool as Fryars.

On the Kerrang tour a packed O2 Academy was left largely disappointed. The hall was only half full for the best on the bill! Many of Beartooth’s songs carry strong messages; although dark themes of desperation and loss of hope encompass this record, Beartooth isn’t using these ideas to promote sadness. It’s quite evident that this band wants to turn around the lives of people with these dark thoughts.

The Sundowners are probably the best band you’ve not yet heard of. But you soon will.

They’ve already been snapped up to support Paul Weller on his forthcoming tour. The Sundowners are a band who wear their 60s/70s psychedelia on their sleeve. The songs and musicianship on show stand up to even the harshest of scrutiny, justifying the favourable reviews the band have received.

Rival Sons play the O2 on March 28th. You may have caught the Californians on Jools Holland and they are well worth catching here too!