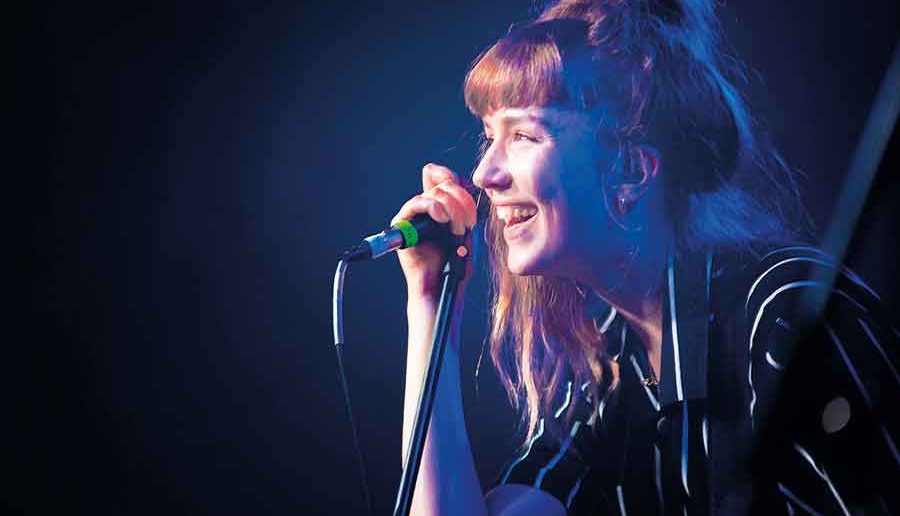 After a quiet period the musical landscape of Yorkshire is kicking itself into shape with the announcement of festival line ups that have placed the region firmly on the map as the best part of the country for both international and independent festivals. The region will start with the Outlines Festivals and end with the award winning Leeds Festival in August where Muse have already been announced.
The organisers of Sheffield’s Outlines Festival have announced the first wave of talent for 2017’s event, with Jagwar Ma, Slow Club, Lady Leshurr and The Selecter among the key names so far. The multi-venue metropolitan festival will return to Sheffield City Centre for its second year from 3rd to 4th March 2017
The award-winning Live at Leeds festival has announced the first names for their 2017 festival, officially kicking off Summer’s huge festival season. After previously hosting the very best in new talent which saw Ed Sheeran play in front of a 100-person crowd at Leeds’ Cockpit 5 years ago and Sam Smith play in the Holy Trinity Church just three years ago, the festival was the first place to see Mumford & Sons, Clean Bandit, Bastille, The 1975 and Rudimental in Leeds before they all went on to top the charts.
Leading the announcement is raucous Punk duo Slaves who will be returning to Live at Leeds after their now infamous Brudenell Social Club headline show in 2015 with their newly released, Mike D of Beastie Boys fame produced, record ‘Take Control’. Joining them will be returning Leeds’ adopted sons Wild Beasts who will be performing at Live at Leeds hot on the heels of their acclaimed new record ‘Boy King’ and sold out two-night residency at Leeds’ famous Brudenell Social Club. Also appearing at the ground breaking metropolitan festival is Australian Psych-indie/dance band Jagwar Ma, London gloom-rockers White Lies, and indie-poppers Teleman. Also playing are Leeds Indie Legends The Pigeon Detectives, who will release their eagerly anticipated new album, Broken Glances through resurgent Leeds record label Dance To The Radio early next year.
Having long established itself as the best place to see the next big new band, Live at Leeds lives up to this reputation yet again with the addition of bands on the verge of making it big, like The Big Moon and Black Honey.
The UK’s most exciting punk rock festival, Slam Dunk Festival have announced huge line-up additions in the form of Beartooth, Tonight Alive, Against Me!, The Bronx, Goldfinger, Mad Caddies, The Movielife, Trophy Eyes and Like Pacific for the May Bank Holiday weekend.
Leading the charge on the latest line up announcement are breakthrough US titans Beartooth who will be bringing their tectonic breakdowns to Slam Dunk 2017. After forming in 2012, Beartooth have become one of the most talked-about and celebrated new faces in modern hardcore, delivering blistering ready-made anthems and staggering live shows around the globe. With second album ‘Aggressive’ released last summer, the band cemented their position at heavy music’s head table and their set at Slam Dunk 2017 is sure to be a standout of the weekend. Needing no introduction, Tonight Alive are one of their genre’s biggest crossovers in recent years. The Aussie trail-blazers have taken on the biggest festival stages in the world with their catalogue of potent pop-laden hits – lead by Jenna McDougall’s already iconic presence, the band has seen a global legion of fans follow their every move. Always looking forward and breaking new boundaries, expect their return to Slam Dunk this May to be another enthralling chapter in the story of an unmissable worldwide phenomenon. On their return to the festival, Jenna told us “Slam Dunk fam! It’s been four long years! We can’t wait to reunite and play for you this May. The UK always brings some of the best shows and we know this time won’t be any different!”
Previously announced acts for Slam Dunk Festival 2017 are Enter Shikari, Don Broco, Bowling For Soup, Less Than Jake, Reel Big Fish, Cute Is What We Aim For and We The Kings.Kicking off in Birmingham on Saturday 27th May, the festival will travel to Leeds on Sunday 28th May before finishing up in Hatfield on Monday 29th May, once again ensuring the Slam Dunk Festival Bank Holiday Weekend is the only place to be to catch the finest in alternative music.