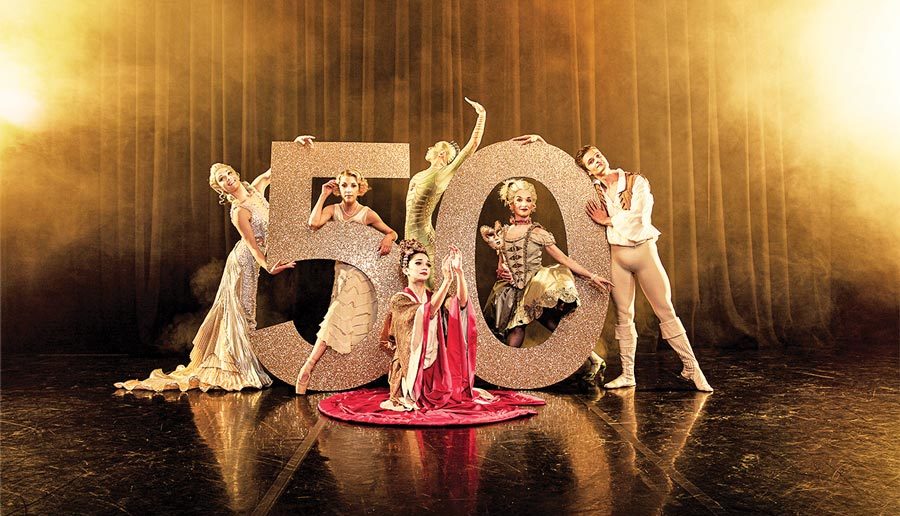 From Fairytales To A Gothic Saga: Northern Ballet’s New Season In Yorkshire

Commencing in September, theatregoers in Yorkshire will be able to enjoy an impressive new season of dramatic, contemporary and family friendly dance courtesy of Leeds-based Northern Ballet. The Company will perform a captivating programme of Three Short Ballets followed by a new national tour of Cinderella, the return of Dracula and the world première of children’s ballet Little Red Riding Hood, topped off with their 50th Anniversary Celebration Gala.

Northern Ballet kicks off their new season with Three Short Ballets, a triple bill of exhilarating short dance works. With performances in Leeds (5 – 7 Sep) and Doncaster (10 – 11 Sep), the programme features The Kingdom of Back, Morgann Runacre-Temple’s humorous and moving tribute to Wolfgang’s sister Nannerl Mozart, David Nixon OBE’s heart-thumping, music pumping Powerhouse Rhumba and the world première of For an instant by in-demand choreographer Amaury Lebrun. ■ Christopher Hinton Lewis as Dracula and Georgina May as Lucy. Image © Merlin Hendy

In October, perfectly timed for Halloween, Northern Ballet’s gothic production of Dracula returns to the Leeds Playhouse stage. This dark and enthralling tale reveals the tormented world of Bram Stoker’s sinister vampire in a story that has seduced countless generations. Performances in Leeds are from 29 Oct – 2 Nov and audiences can also see this production broadcast live to cinemas for one night only on 31 Oct.

The latest in its highly successful repertoire of ballets created especially for children, Mariana Rodrigues’ charming adaptation of Little Red Riding Hood will première at the Stanley & Audrey Burton Theatre in Leeds from 28 Oct – 2 Nov. Telling the story of Little Red on a big adventure, she encounters a very hungry wolf and discovers the importance of kindness.

Northern Ballet’s winter season will come to a magnificent close as the Company marks its milestone birthday with a 50th Anniversary Celebration Gala at Leeds Grand Theatre on 4 Jan. Joined by dancers from internationally renowned companies including The Royal Ballet, American Ballet Theatre, English National Ballet, Scottish Ballet, Birmingham Royal Ballet and Phoenix Dance Theatre, the gala will be a remarkable celebration with a never-before-seen programme of excerpts from across Northern Ballet’s history.

Tickets for all productions are on sale now.