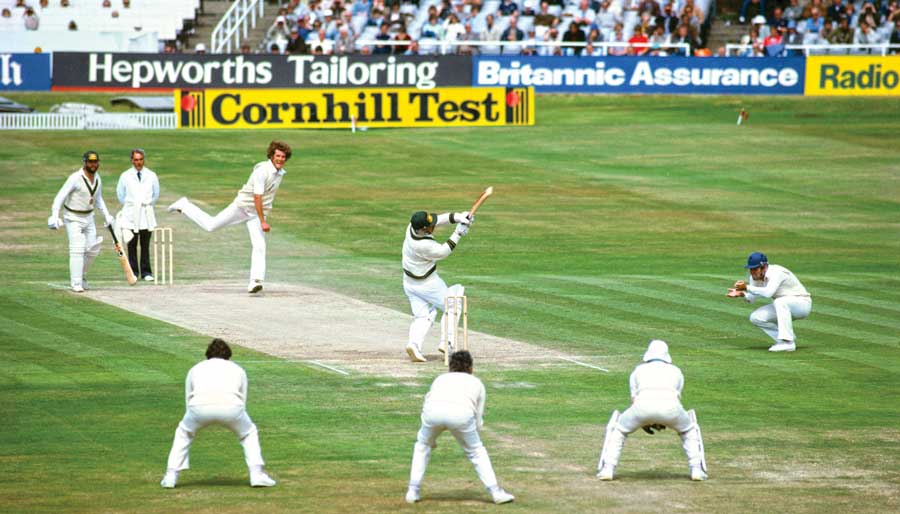 On 15th July, the 40th anniversary of Ian Botham’s epic 1981 Ashes test match will be celebrated with anniversary dinner with all members of the original England team in attendance.

The Headingley test match is the most famous game in a series dubbed “Botham’s Ashes” after Ian Botham (now Lord Botham) turned around a seemingly impossible win against old rivals Australia, aided and abetted by the late Bob Willis.

The England team, featuring household sporting names such as Sir Geoffrey Boycott, David Gower, Graham Gooch, Mike Gatting and captain Mike Brearley, went on to win the next two games in Birmingham and Manchester, before drawing the final game in London. In doing so they turned a 1-0 deficit into a 3-1 Ashes win.

Forty years on, The Sporting Club and Beefy’s Charity Foundation are staging dinners at four of the test grounds that played their part in this unforgettable summer of sport, in Leeds, Birmingham, Manchester and London.

The first dinner will be at Headingley Stadium on Thursday 15th July, from 6.45pm until 11pm.

All the names who played for England will be present, with David Gower hosting.

The event will raise funds for Sir Ian’s charity, Beefy’s Charity Foundation. The Foundation puts on various high-profile events to raise money for several charities, including Yorkshire’s Brain Tumour Charity based in Headingley.

Lord Botham commented: “This year Beefy’s Charity Foundation has been chosen by the Sporting Club to be their charity for four celebratory dinners. Where better to start these dinners than at Leeds, where it all happened. My old teammates will be joining us on the night to go down memory lane, reminisce about the unbelievable, outrageous test match, and raise a glass or two to those great friends who sadly cannot be with us. I guarantee you will have a fabulous evening raising funds for some great causes.”

David Gower added: “Forty years on it’s great that we have a chance to celebrate this great test match, to get all the players involved back in one room to relive those memories with us and enjoy going 40 years back in sporting history.”

Ian Stafford, owner of The Sporting Club said: “We are very honoured to be staging this wonderful dinner and to have so many cricketing household names in the room to look back on one of the greatest test matches in English cricket history. Our aim is for everyone to have a wonderful night and to raise as much as we can for the incredible Beefy’s Charity Foundation.”

With a three course dinner and wine, auctions, footage and numerous interviews with the cricketers, it promises to be an unmissable night.

For tickets and more information visit;